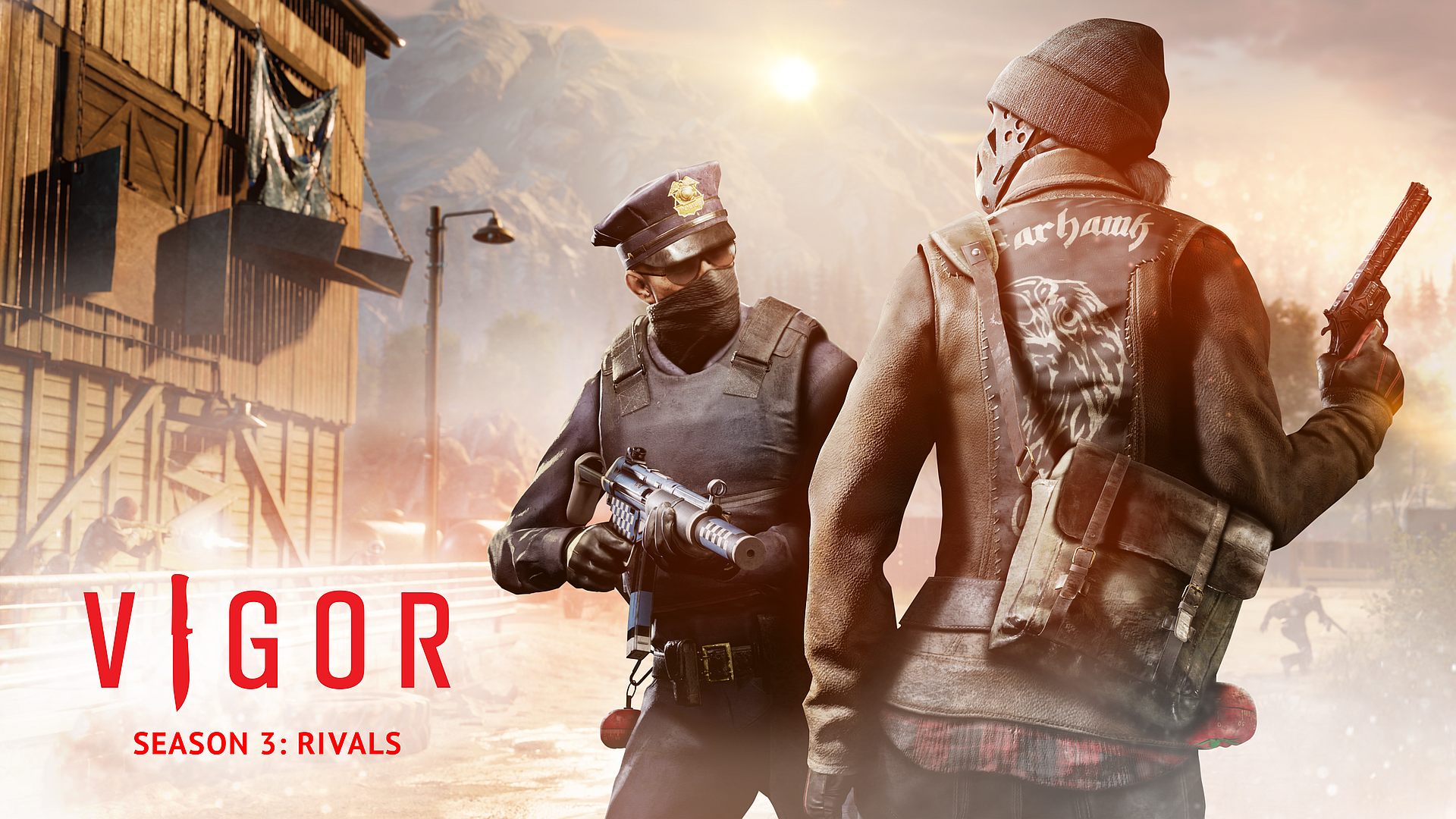 April 9th, 2020 - Available today, the Vigor developers are equipping Outlanders with a new arsenal and introducing them to a new conflict in Season 3: Rivals. This new season offers fresh gameplay to the existing Xbox One community, giving them the tools and weapons they’ve been craving, and teases future experiences for the new and curious Outlanders checking out Vigor on the Switch console platform this week.

The biggest addition to Vigor this week is the seasonal game mode called Sawmill Shootout, where players engage in medium-to-close range gunfights in a closed-off subsection of the Sawmill map. Respawns are enabled up until the final minute, where all players fight to be the last Outlander standing. Shootouts offer a Vigor experience focused solely on combat and players do not bring their equipment from their Shelters, so they don’t have to worry about losing gear. Thus, this will be a good place for players to hone their skills so they have a better chance to survive any firefights as they seek loot in Encounters.

When it comes to those Encounters, the arsenal has just expanded. The Vigor community has asked for additional silenced weapons and Bohemia is delivering. Three guns will now have silenced versions so players can stealthily take down their enemies: The PSS, SVU, and MP5-K SD3.

The theme for Season 3 is Rivals. There’s cunning behind the flashy masks of these Outlanders and they wield it dangerously alongside their silenced weapons. They have their eyes set on the Sawmill and they’ll employ the use of new silenced weapons and new consumables to outlast and outlive their enemies.

Ability to skip and replay the tutorial

Bohemia Interactive also recently revealed that the F2P, multiplayer, shoot-and-loot title is expanding its fresh brand of gameplay to a whole new audience of gamers via the Nintendo Switch™, with the Vigor beta starting this week. The Switch beta will not feature Season 3 content, but will have an experience built to test Vigor and help the developers deliver a stronger launch.

For PR materials such as the update trailer, key art, and screenshots, please visit our Press kit: https://vigorgame.com/press/30

To learn more about Vigor, visit: