Together Through Hell! Darksiders Genesis Out Today 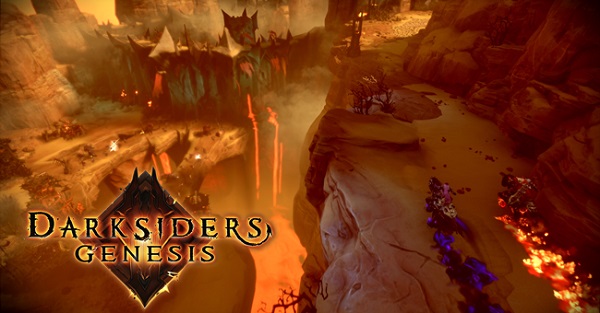 THQ Nordic and Airship Syndicate today announced the release of the highly anticipated Darksiders Genesis on PC and Google Stadia. Featuring the long-awaited debut of the fourth and final horseman – STRIFE, plus two-player co-op mode, Darksiders Genesis is the first Darksiders action adventure played from the top-down perspective and is now available worldwide (SRP: $29.99, €29.99, £26.99).

In Darksiders Genesis, STRIFE can battle alongside his brother and fellow horseman WAR in the first ever Darksiders two-player co-op mode. Solo players will be able to alternate between STRIFE and WAR on the fly, taking advantage of STRIFE’s ranged and WAR’s melee style attacks. In addition, gameplay includes combat atop both horsemen’s fabled steeds: RAMPAGE and MAYHEM. Darksiders Genesis also features the introduction of Creature Cores, a combat system that empowers players to customize their own upgrade system fueled by the enemies they defeat. #togetherthroughhell #GunsNHorses #notalone

Darksiders Genesis is scheduled for release on PlayStation®4, the Xbox® One and on Nintendo Switch™ on February 14, 2020.