SEASON: A letter to the future 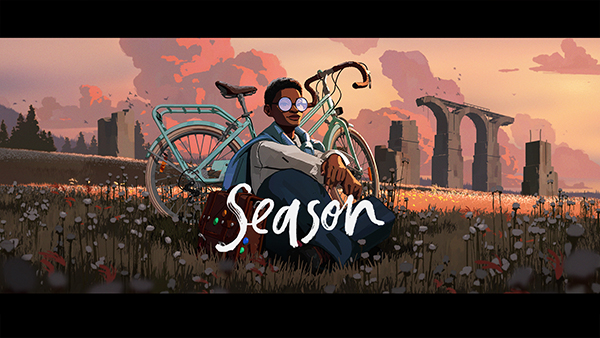 GAME AWARDS [ONLINE], DECEMBER 10, 2020 - Scavengers Studio reveals its second game, Season, for PlayStation and on PC via Steam. Season is a third-person atmospheric adventure game. You play as a young woman from a secluded village exploring the world by bike for the first time, collecting artifacts and memories before a cataclysm washes everything away. Check out the announcement trailer to see a peek at the world of Season:

Season is a quest to discover a new world; one unknown yet familiar. You will be immersed in different cultures as they live their last moments. Document, photograph, and record life as you find it, while you still can. Close your eyes, take a deep breath, and let yourself be carried away on the extraordinary journey of Season.

As the writer and creative director, Kevin Sullivan said he's excited to present the long gestating project. “We're dizzily excited to share the world of Season with the world of the real world. Just as the character in the game makes a cultural collection, the game itself has been that for us. It has absorbed our worries about the state of the planet, our joy at living on it, things we’ve seen, people we’ve loved and lost, all tied together into something, hopefully, beautiful and strange.” said Kevin Sullivan.

The studio experienced a wind of change as cofounder Amélie Lamarche became the chief executive officer in 2019, leading to a project very different from their previous game Darwin Project (2018). “I really wanted the studio to build a game that is unique in its genre, accessible to a wide audience, and leads players into a striking story, elegant and fully felt. Kevin presented this idea to me at the right time and the universe it offered immediately charmed me. Season's creative direction pushes the boundaries of anything I've seen so far. It is a quest for adventures of astonishing beauty, but also full of the unexpected.” said Ms. Lamarche.

Learn more about Season at play-season.com.