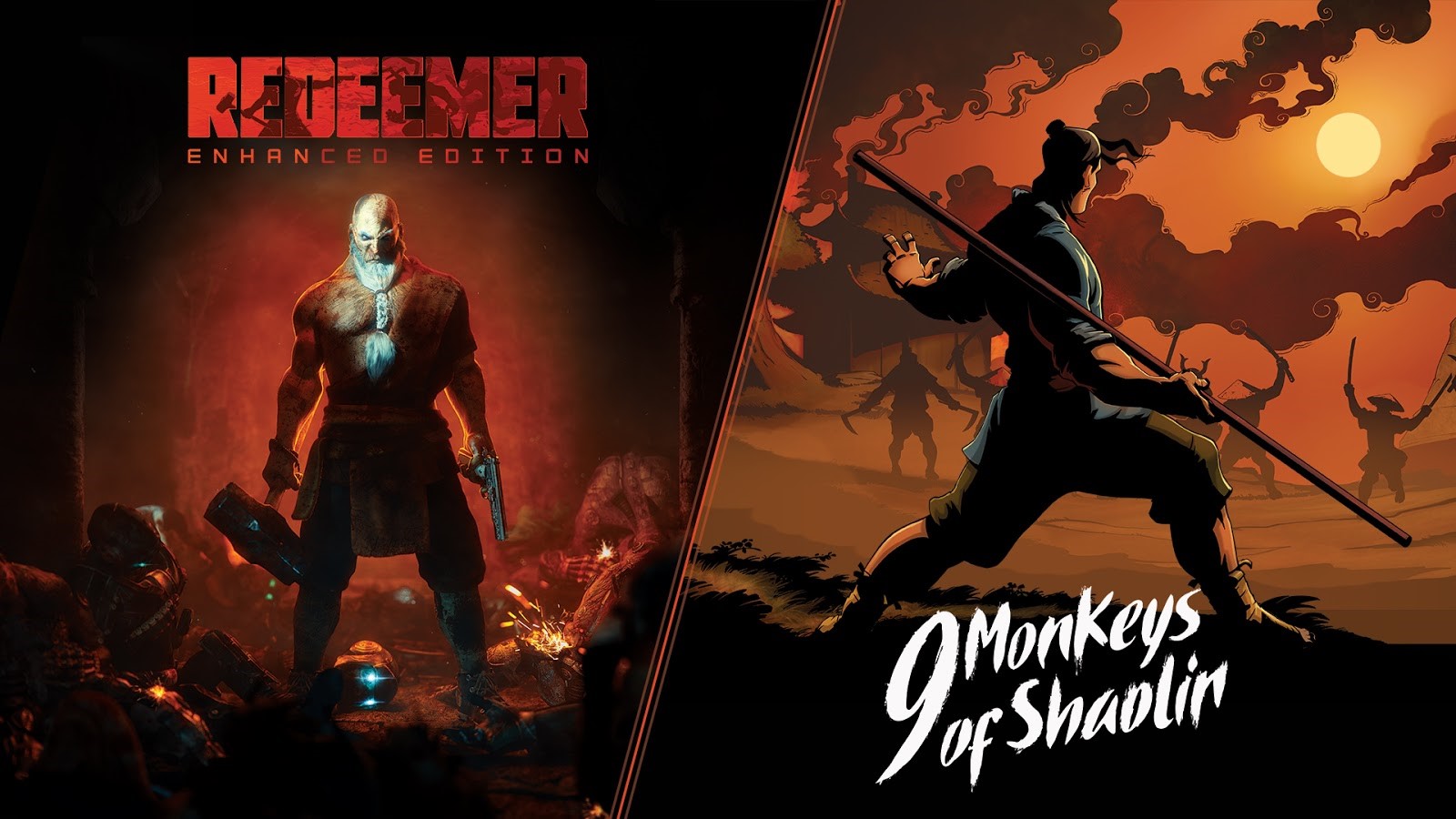 Bloody revenge or the meditative path of a Shaolin warrior? Violence or Chinese wisdom? You can choose the way you like at the international exhibition Gamescom 2018!

Join BUKA at Gamescom 2018 in Hall 10.1, Booth A20, where press and public can play Redeemer: Enhanced Edition ahead of launch, and go hands-on with the first playable demo of 9 Monkeys of Shaolin.

Check out the brutal action of Redeemer: Enhanced Edition in the new trailer:

Rampant chaos, superhuman reflexes, and unrestrained violence fuel this savage beat-'em-up for players tired of mindless clicking and grinding. Armed with a full combat system including disarms, parries, and combos, Redeemer leaves little room for luck and weakness. Sharpen your skills and fight alone or with a friend to destroy your enemies.

And a first ever gameplay trailer of 9 Monkeys of Shaolin:

Rise from novice to master of South Shaolin martial arts as you battle through an army of foes. You must become adept at wielding your weapons and gauging your enemy, as even a small-time bandit can prove challenging to the inexperienced player. You must be smarter, nimbler, or call in a trustworthy friend to help at a critical moment or activate mysterious magical powers to win the day.

Redeemer: Enhanced Edition — is an improved and expanded edition of a brutal brawler Redeemer released on Steam in 2017. Play as Vasily, once elite operative working for the biggest Cybernetic Weapon Manufacturer in the world, who has no other choice but to take revenge on his former employers that turned on him, willing to make him one of its cyborg soldiers.

9 Monkeys of Shaolin — the true rebirth of iconic brawler genre in vein of old-school video games! As a simple Chinese fisherman Wei Cheng you have to avenge the death of your friends and family slaughtered in a pirate raid at your peaceful village.