Posted June 03, 2022
Mark your calendars because Super Rare Originals and YCJY Games are ecstatic to finally reveal that their psychedelic first-person shooter POST VOID will be launching on PlayStation 4, PlayStation 5, and the Nintendo Switch eShop on July 21st!

In this challenging arcade-style first-person shooter you have but one objective: be fast. Work your way through the procedurally generated levels and don't forget to keep your idol filled by getting those kills.

POST VOID is the second release under Super Rare's new digital publishing label, following the launch of the critically acclaimed Grapple Dog that released back in February. This will also mark our first venture on PlayStation platforms and we cannot wait to support the system for the very first time. 💙

Adrenaline-pumping action — A hypnotic scramble of early first-person shooter design that values speed above all else. Keep your head full and reach the end; Kill what you can to see it mend; Get the high score or try again.

No lives, no retries, no repeats — Rack up your kill count to maintain the health in your idol and whatever you do, do not stop. Slowing down is game over. Find the oasis at the end of each level, pick your random upgrade, and dive back into the chaos. Every run of POST VOID is different thanks to the procedurally generated levels, so truly the only option is to... get good.

Pick-up-and-play — Whether you have time for one quick run or have hours to spare, POST VOID's easy to pick up but difficult to master style makes it enjoyable for all types of players. It's a true arcade-style first-person shooter!

Highly stylised — A unique, deeply atmospheric and blinding haze of retro-styled violence, POST VOID is intentionally intense, violent, and chaotic, both in its gameplay and its visual style. The developers poured their bizarre sense of style and passion into every second of the game.

Tweaked to perfection — Following its overwhelming success on Steam, the PlayStation and Switch ports of POST VOID have been honed to perfection to make sure its fast-paced gameplay works as brilliantly on a controller as it does with a keyboard and mouse. 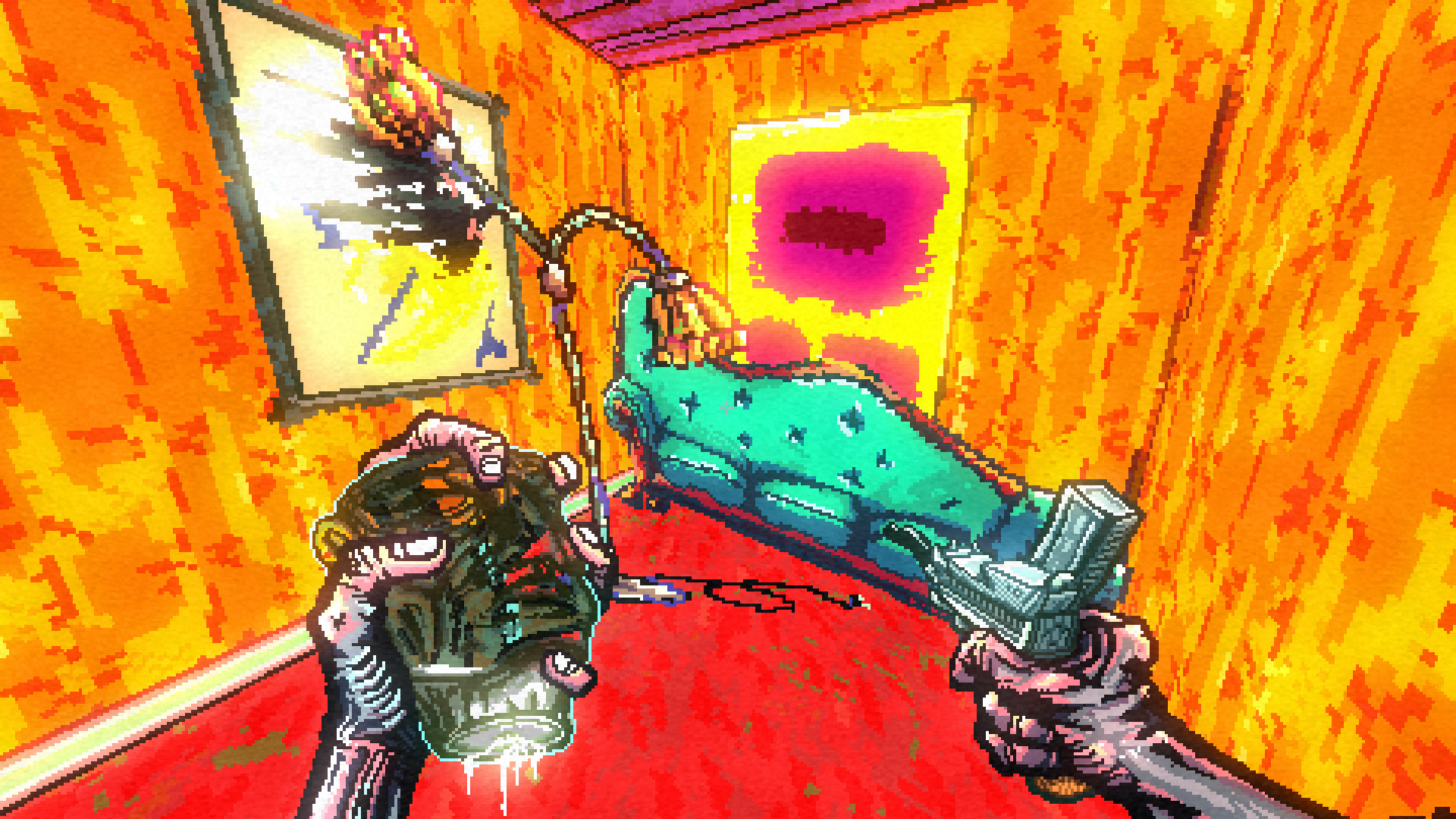 About the developers — YCJY is an indie game studio based in Gothenburg, Sweden, consisting of Josef and Christopher. After the successful releases of 'The Aquatic Adventure of the Last Human' and 'Sea Salt', they released POST VOID onto the world, which took Steam players by storm and immediately caught the eye of Super Rare.
About Super Rare Originals — From the folks at Super Rare Games behind all your fave physical games, Super Rare Originals is a brand new digital indie publisher for consoles and PC. Our aim is not just to work on unique, fun indie video games of the highest calibre, but to help truly support developers of all scales with our indie-first approach where they’re the boss. We only pitch for games we truly, personally love and want to play – and we think you’ll love them too!