Posted September 28, 2021
Publisher Iceberg Interactive and developers LuGus Studios are excited to release Midnight Protocol on Steam in Q4 2021 - and you can request your review key NOW via our new Terminals page.

The public can already get a taste of the story in our free demo and watch the trailer!

Coming to PC, Mac and Linux via Steam very soon, Midnight Protocol is a tactical narrative-driven RPG with unique keyboard-only controls. Hack into servers, beat security systems and discover encrypted secrets while you try to find answers to why and how you got doxxed. 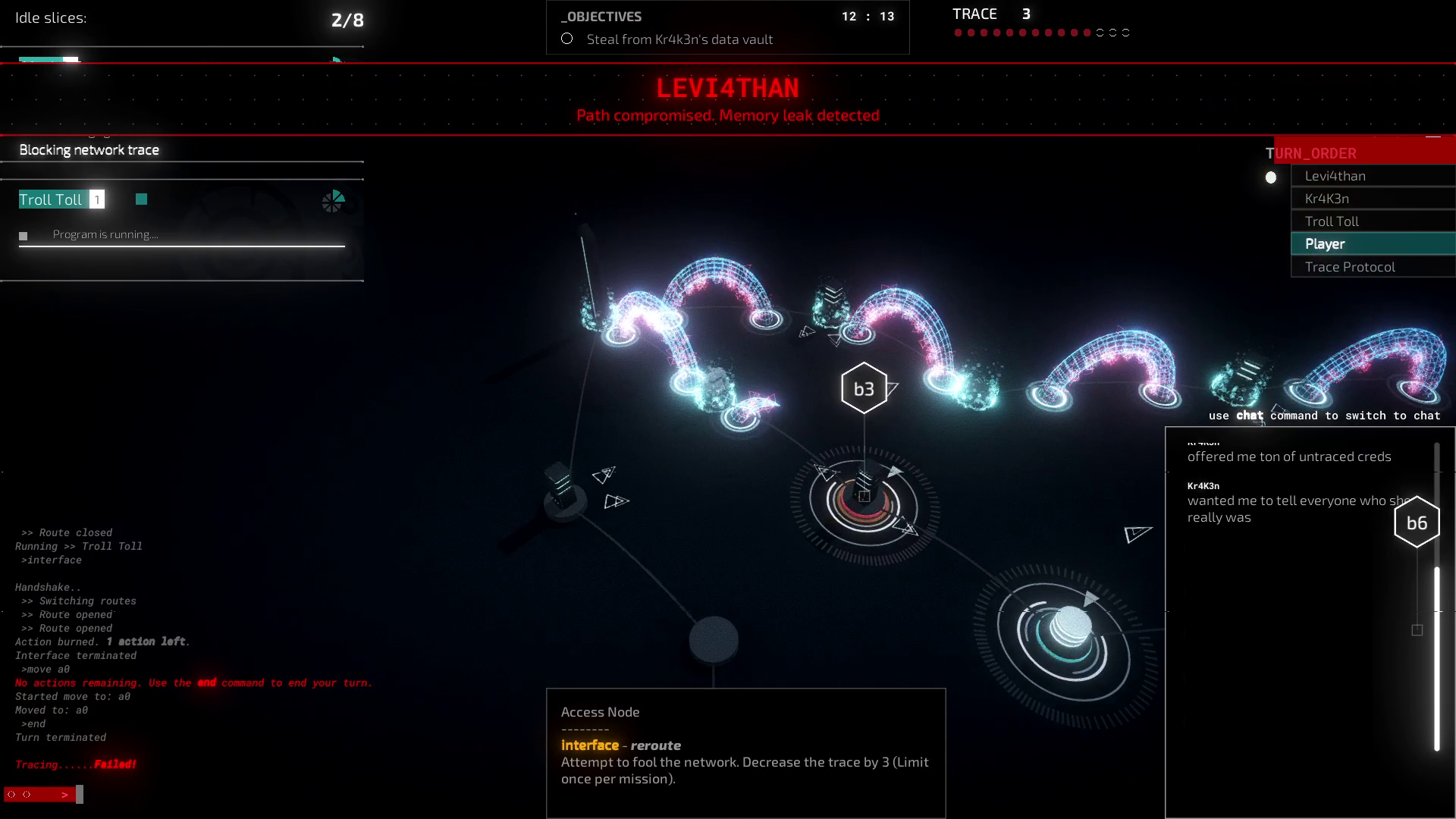 Will you respect others’ privacy and bank accounts, or leave no stone unturned? Midnight Protocol allows you to play as the hacker you want to be. Help the police track down a rogue hacker, or blackmail a desperate husband trying to recover… dubious pictures. Gain black, grey, and white hat reputation to change the direction of the story based on your choices.

Midnight Protocol’s design focuses on immersing you in a world of digital warfare without complicated hacking mechanics. Your keyboard is your weapon, type commands to eliminate or evade security programs, letting your keystrokes become part of the soundtrack.

Cracking a digital safe or extracting classified data requires careful planning. Pay the troll toll, use digital jackhammers, cloaks, and daggers to combat cybersecurity. Buy new programs or hardware on the black market, and customize your deck to fit your playstyle.

Take on dozens of sidequests filled with easter eggs and references, gather additional intel on your targets before you start a mission, and play some hacker chess to wind down. Midnight Protocol is jam-packed with optional missions, providing hours of additional content.

Be sure not to miss any Midnight Protocol news by joining our community:

The press kit for Midnight Protocol including the new key art can be found here. 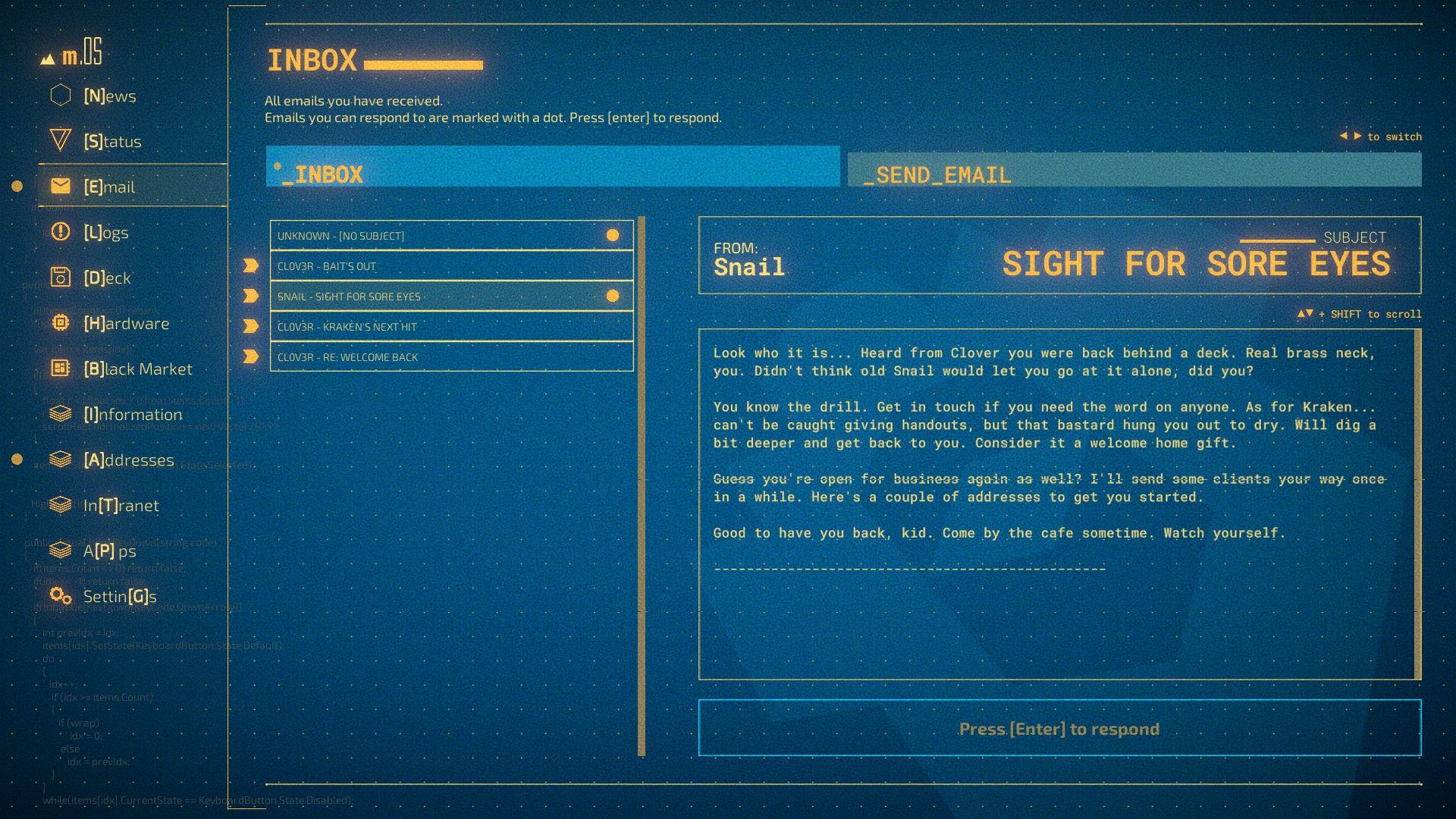 At LuGus Studios, we create clever and attractive games that broaden the medium's horizon, including titles such as Liftoff: Drone Racing and Midnight Protocol.

LuGus Studios consists of talented core team members and freelancers. Our people are not just aces at what they do, but also have commitment, passion and a professional attitude.

Iceberg Interactive is an independent video game publisher founded in 2009 by an international group of games industry veterans. Located in Haarlem, The Netherlands and staffed with avid gamers, Iceberg works closely with an assembly of game developers around the world, both midsize and indie.

Known for many hit franchises including Starpoint Gemini, Killing Floor and Circle Empires; the company has enjoyed recent success with PC titles such as Shortest Trip to Earth, The Sojourn and Railroad Corporation. Iceberg Interactive has many exciting multi-format games coming up, including Blazing Sails (PC), Strange Horticulture (PC) and Sacred Fire (PC).