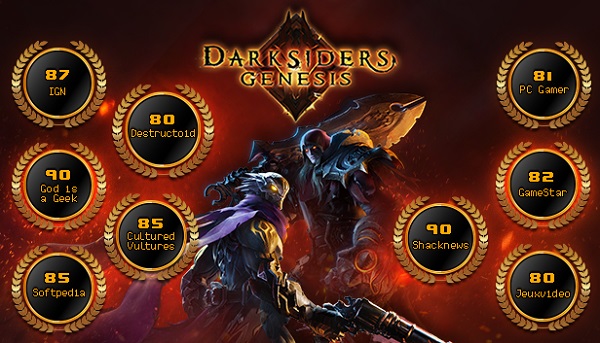 Vienna, Austria and Austin, Texas, December 6, 2019 – THQ Nordic and Airship Syndicate today kicked off the pre-order campaign for the highly anticipated Darksiders Genesis on PlayStation® 4 computer entertainment system and Xbox One. Darksiders Genesis is scheduled for release on these systems plus the Nintendo Switch on Valentine’s Day aka February 14, 2020 with a pre-order that packs in Special Discounts, Early Access and Exclusive In-Game Content, thereby proving that especially in hell, patience is a virtue to be rewarded!

Darksiders Genesis is now available on PC and Google Stadia.

*The alternative Steed skins DLC will be available on launch day, February 14 for consoles.