Posted June 30, 2021
Austin Texas, June 29, 2021 - Faced with an ever-growing demand for intruding, Superboss Games has introduced quality of life updates as well as cutting down their recruitment fees, allowing all new intruders to get in on the action for half the price! That's right, Intruder is 50% off for the Steam Summer Sale!

But wait... there's more! During the sale, players earn bonus XP for every mission they complete!

Alongside the complete graphics overhaul, the old sniper rifle and shotguns have been re-skinned and remodeled to become The Hammerhead and The Falcon. In the new update, over 50 new items have been made available including new skins, hats. patches, and more!

Intruding is sneaky business, but with The Falcon semi-automatic sniper rifle, you'll be able to strike down your target before they even realize what's happened.

Best paired with a spotter using the range-finding binoculars to give you wind speed and distance, no other weapon matches the stopping power of this gun.

Use countless gadgets to outsmart your enemies. Like this mirror cam, which lets you peek around corners, then get the drop on them with the new Hammerhead shotgun.

Best used on an unsuspecting target or to backup a teammate with a shield, The HammerHead knocks over most enemies at close range with a single shot, even through doors! 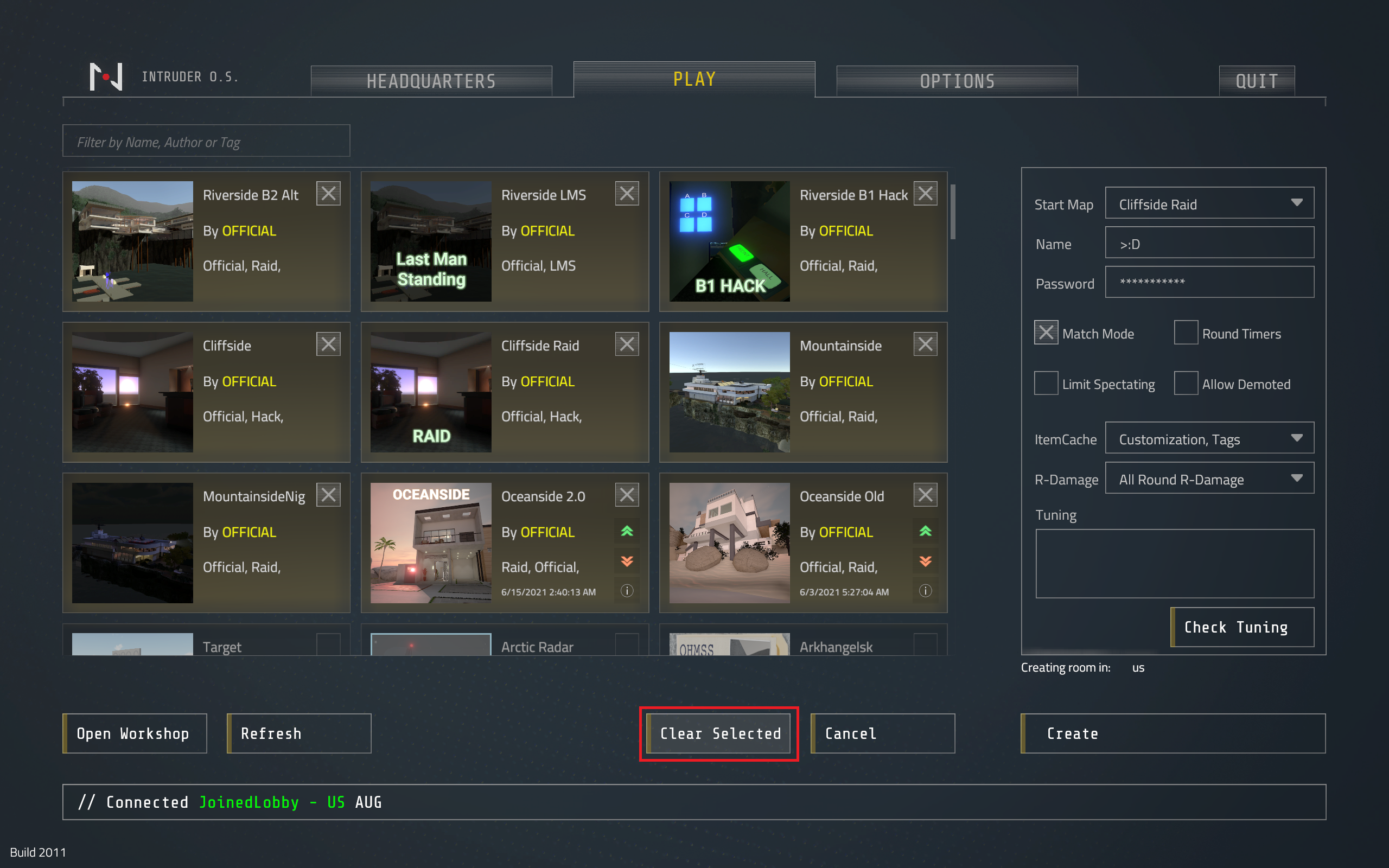 Superboss Games is also implementing some quality of life changes to improve the Intruder experiences for old and new players alike!