Posted January 23, 2023
Warsaw, Poland - Jan. 23, 2023 — Fans of Creepy Jar’s Green Hell know that survival in the Amazon is no easy task. If eating the wrong thing doesn’t kill you, surely there’s a predator stalking you from the shadows. You might think nowhere in this dense rainforest is safe, but have you considered the treetops? Originally revealed as part of the 2022 Road Map, Creepy Jar is ecstatic to announce that the Building Update is now available, for free, to all PC players.
After running a Pre-Update Beta (PUB, for short) where feedback from thousands of hardcore fans was taken into careful consideration, Creepy Jar not only refined the Building Update ahead of today’s launch but also took notes on improvements that players would like to see next. In fact, 60% of participants in the PUB put in over two hours playing the update, and their insightful feedback greatly helped the development process.
The beta was such a success that Creepy Jar is planning to run more of them in the future. Already known for its dedication to its community and for taking feedback seriously, Creepy Jar views the beta process as a valuable resource for creating content that players want to play. 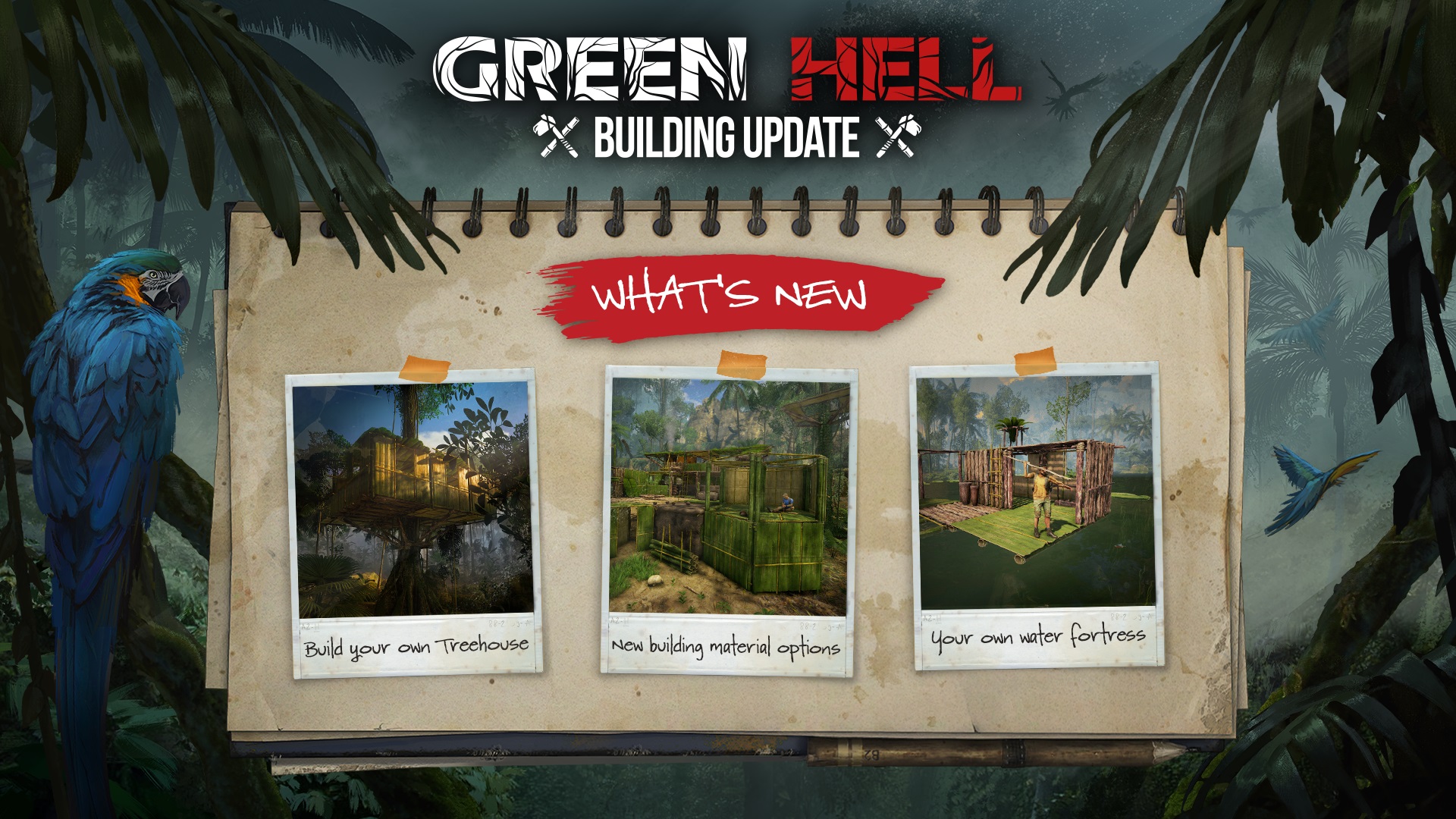 Adding a ton of new content to the game including the ability to build treehouses and even build on water, the Building Update also includes some big quality-of-life improvements to make building your homestead more efficient than ever. See below for some of the additions: