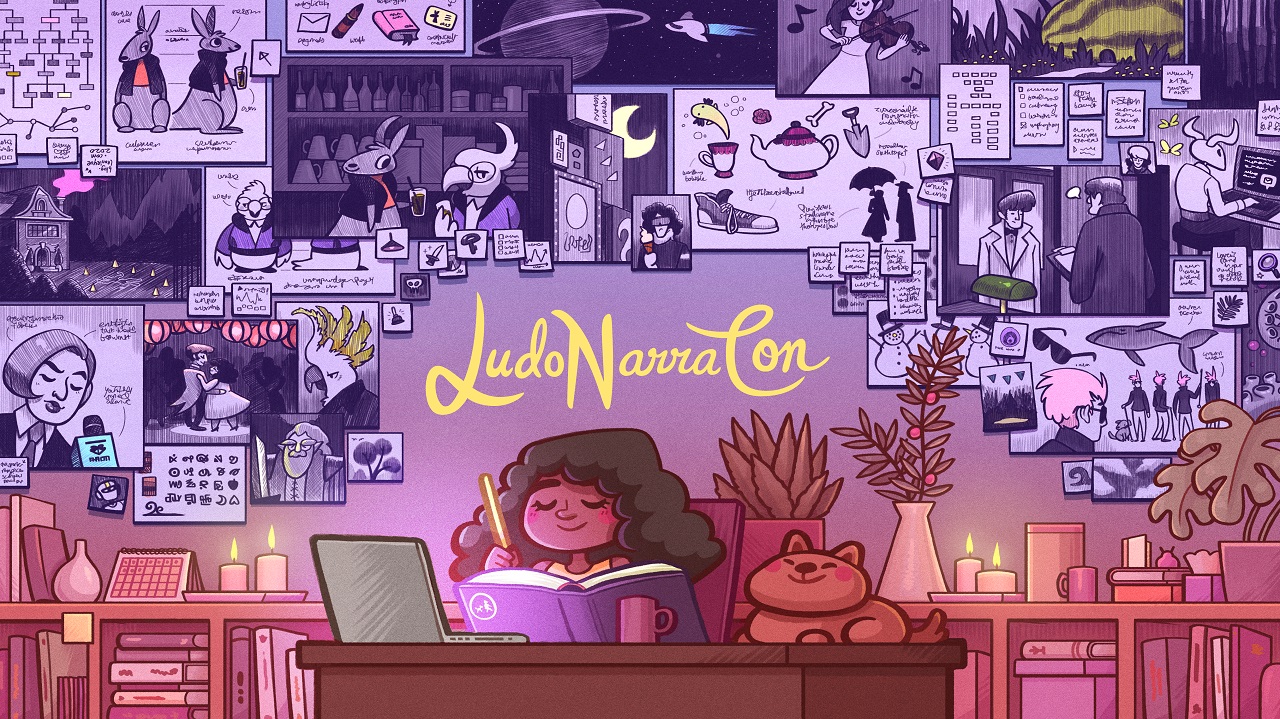 MELBOURNE, Australia – April 14, 2020: Indie games label Fellow Traveller today announced the full lineup of over 40 exhibiting games for LudoNarraCon 2020, the global digital festival held on Steam celebrating narrative video games. LudoNarraCon 2020 will run from April 24-27 and is available for free to everyone via Steam. More than 850,000 people attended the 2019 event and the organizers are aiming to achieve more than double this number in 2020.

Press passes are available for interested media channels, see For Media below.

LudoNarraCon 2020 has been months in the making, and despite the current pandemic of COVID-19 sweeping the world, Fellow Traveller is proud to be able to offer this unique opportunity for indie developers to have their moment to shine. Following the cancellation of GDC and other gaming conventions, Fellow Traveller reopened applications for the event, doubling the size to over 40 exhibiting games. Along with the exhibitor lineup, the initial list of panels has been revealed, with more panels to be confirmed before the event begins.

“With a COVID-19 vaccine 12-18 months away, we need to accept as an industry that it will be a very long time before we get back to large physical conventions and it’s almost unimaginable that any will happen this year,” said Chris Wright, Managing Director at Fellow Traveller. “With LudoNarraCon we hope to bring a convention experience to your home, wherever you are and provide an opportunity for indie developers to shine. We’re also keen to help others create similar festivals in the coming months and happy to share what we’ve learned. ”

Organized by Fellow Traveller, an independent games label focused on innovative narrative games, the first LudoNarraCon debuted in 2019 as a pioneering event, replicating many of the aspects of conventions like PAX or Eurogamer Expo but through a digital format and hosted on the Steam platform.

We are proud to announce these additions to the LudoNarraCon 2020 exhibitor lineup:

These games will join the previously announced exhibiting games participating in this year’s event:

Let’s Do The Time Warp Again: How To Keep The Narrative Interesting In A Game Built On Repetition

Localization and Writing: Evolving the Worlds

On Essay Games: The Diary, The Documentary, and The Satire

As video games communities continue to mature and nurture pockets of avant-garde exploration, this panel investigates emergent practices of game development/design called "essay games." Similar to the essay film and video genres of avant-garde cinema, essay games explore how the medium can tell critical, research-based narratives about political, cultural, or interpersonal themes. This discussion will outline three primary narrative design strategies that distinguish essay games from traditional independent games: the diary, the documentary, and the satire.

If you’d like to learn more about LudoNarraCon, the Fellow Traveller team can facilitate interviews with founder and managing director Chris Wright and participating exhibitors. Contact [email protected].

Media can also sign up for a press pass to LudoNarraCon right now at this link. Attending media will get early access to the playable demos, press assets and contact details for the exhibitors. It’s the best way to report on a convention: no airports; no noisy environment making it hard to record interviews; play the demos without people watching you—actually no other people to deal with at all; watch all the content at your convenience; no con-flu, no con-food, no pants.