Posted November 23, 2022
Hamburg, Germany – November 23, 2022 – Independent AA developer ROCKFISH Games is excited to share that their final major Early Access update for EVERSPACE 2 is now live on Steam, GOG, and soon on the Microsoft Store. Titled Ancient Rifts, this update features a slice of endgame content, the debut of the long-awaited legendary items, new missions, a major level-scaling overhaul based on community feedback, and much more.

Ancient Rifts is an update that delivers on the promise from the 2019 Kickstarter campaign, where some 8,000 supporters unlocked significant endgame content for EVERSPACE 2.

Much like in the original EVERSPACE, where players could increase the difficulty for each run and pick handicaps between sectors in Hardcore mode, they can now ramp up Lunacy before opening a rift and picking a portal with different modifiers leading to the next stage to define their individual challenge. Of course, bigger risks will yield greater rewards, like a higher legendary drop chance and better loot overall.

As a challenging endgame activity of a fast-paced space shooter, the team wants players to dive right into the battle with an optimized build and unleash mayhem on their enemies rather than camping behind an asteroid and picking one target after the other from a safe distance. So, in order not to be thrown out of the rift, pilots have to maintain their Resolve score in Ancient Rifts by defeating opponents rapidly and also keeping their hull integrity above zero. 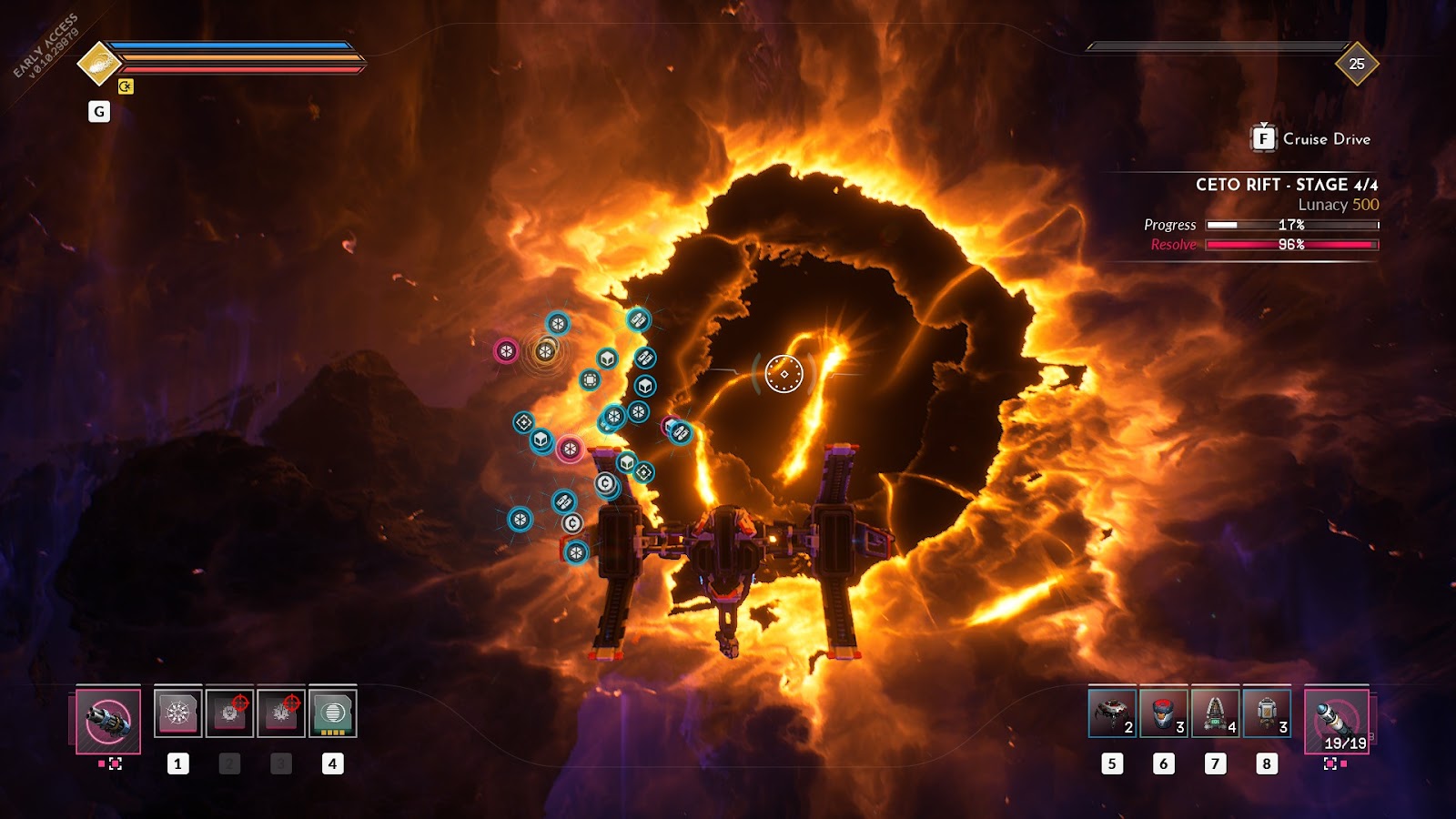 While ROCKFISH Games is far from done with this first implementation, daring pilots can also engage with other exciting content in the Ancient Rifts update including overhauled racing events, new side missions in Union and Khaït Nebula, new jobs, new distress signals, new puzzles, and visual upgrades.

“Ancient Rifts is a massive addition to EVERSPACE 2, showcasing the incredible depth and range of what we believe will be the best space action game to come out in 2023,” says Rockfish Games CEO and Co-Founder Michael Schade. “We envisioned Ancient Rifts to bring back some of the crazy mechanics and challenges and that “one-more-run-feeling” of the first EVERSPACE that our space game fans loved. We can’t wait for the day when EVERSPACE 2 v1.0 drops, offering a unique mix of high-plasma action gameplay, deep space exploration, lots of activities, and an exciting campaign set in a stunning zero-G environment.“ 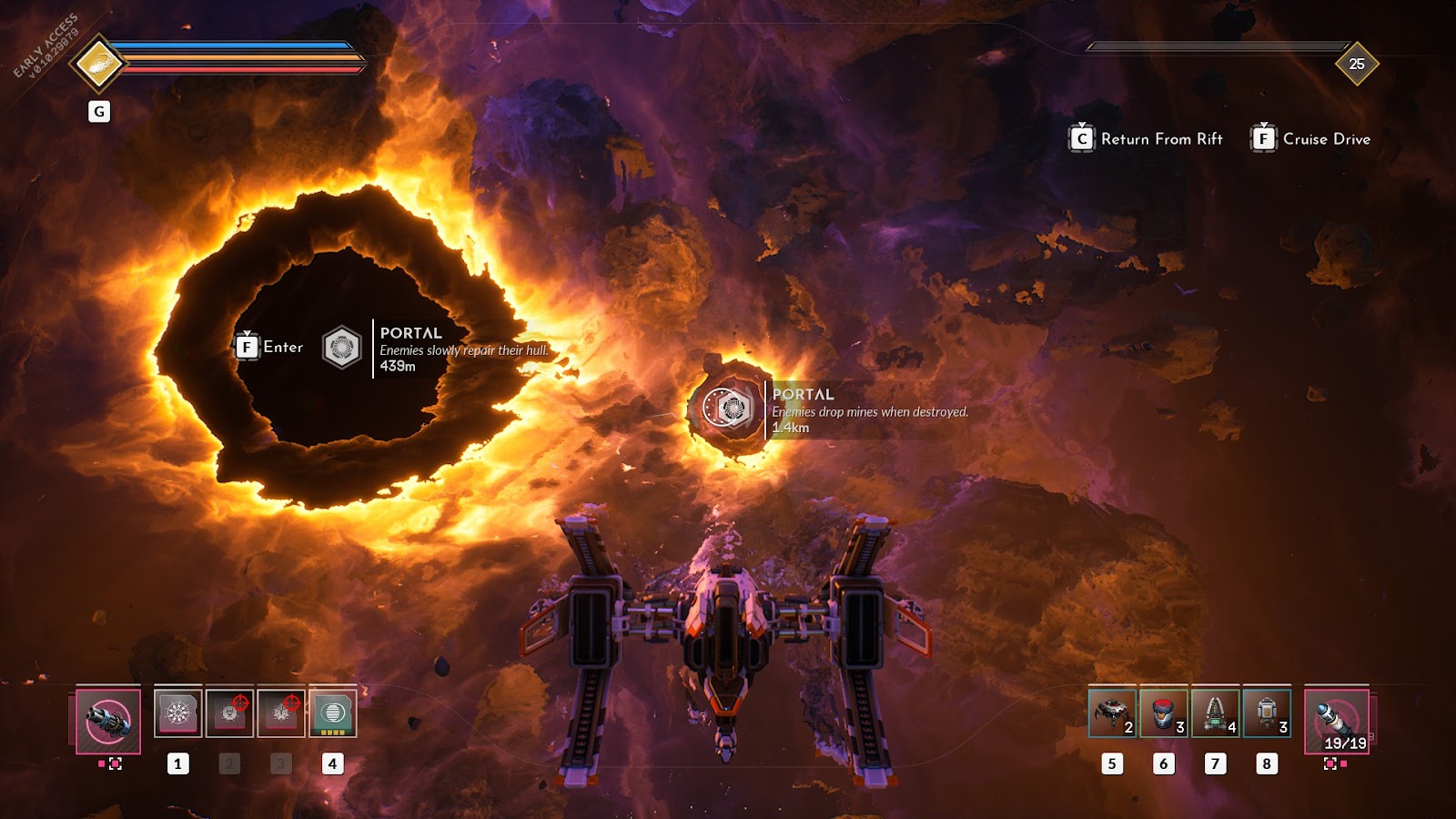 Ships are the key to the EVERSPACE 2 experience and the agency or expression of players so, of course, Rockfish also added some new features to play around with. The Bomber can now become the Titan and the Gunship the Dominator with a new wing set, and there are two new Outlaw units: the Raider and the Tormentor. A new device called Front Shield Generator also adds to play-style variety, giving pilots three modes to work with. Avenger reflects shots back to attackers, All Day converts blocked damage into weapon energy, and On Your Left provides a smaller shield that automatically turns toward the closest enemy facing the player. 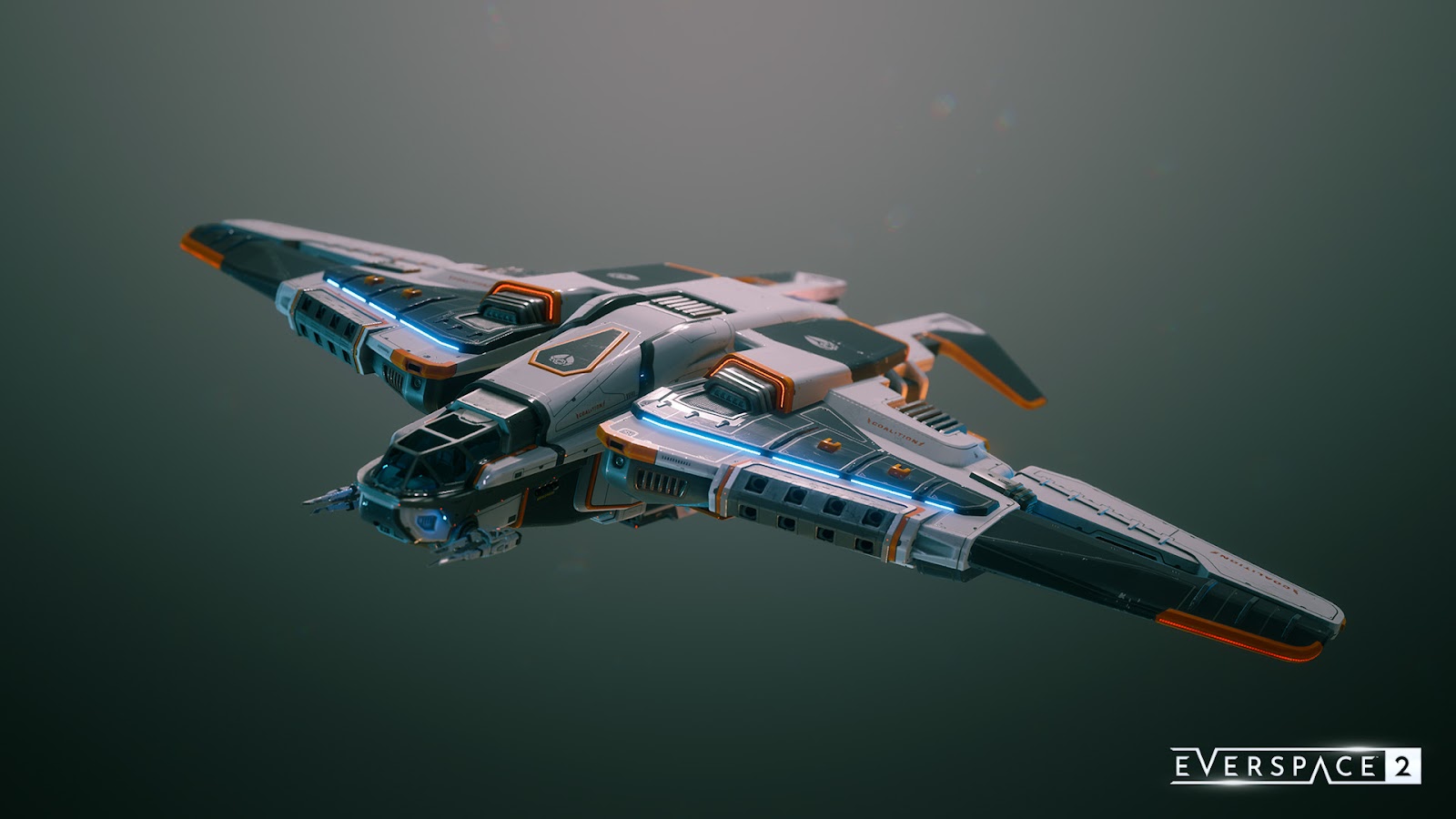 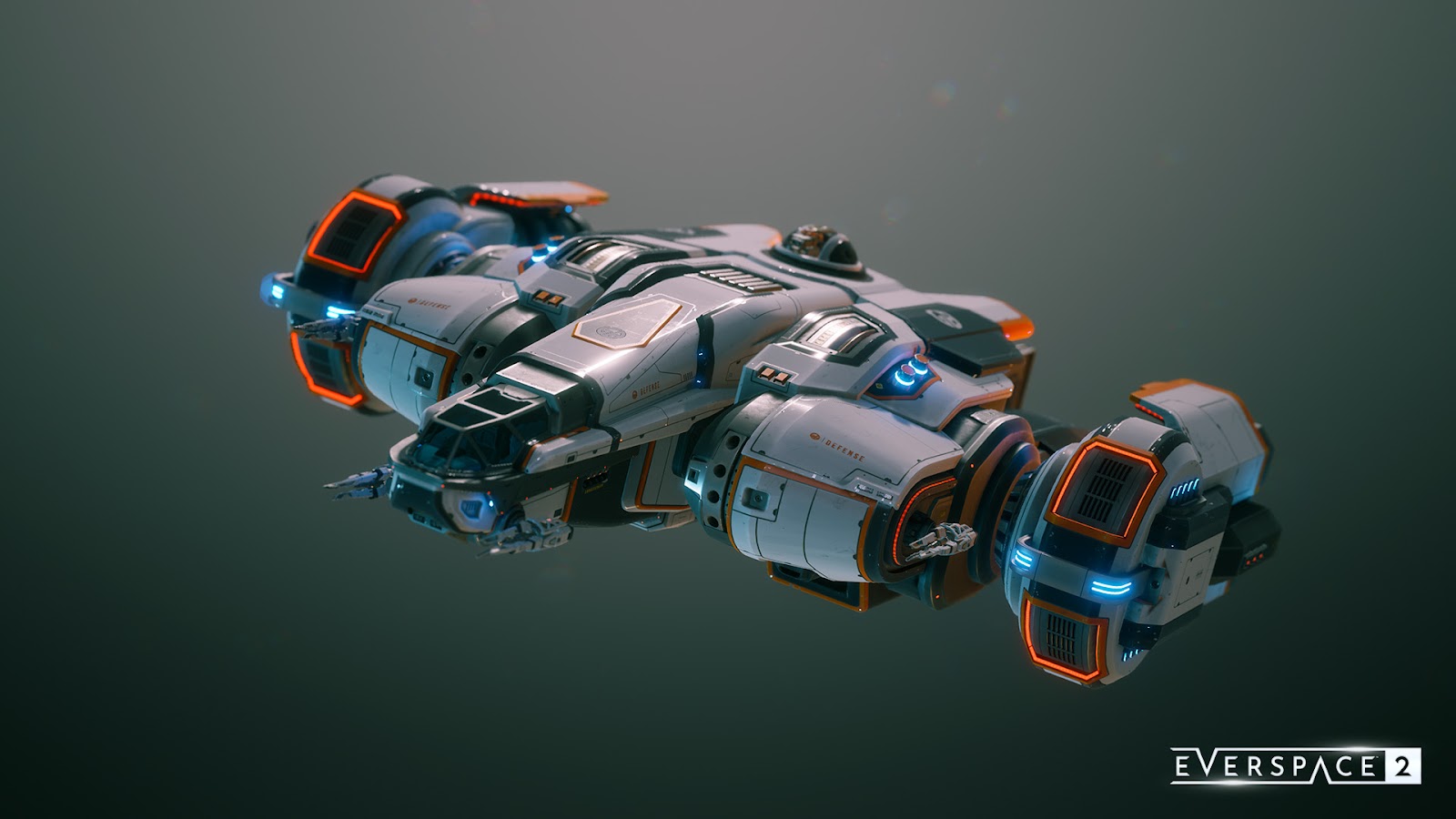 The Rockfish team took note of pilots who weren’t happy with level scaling, especially at the beginning of the game. It was a challenge to find a balance for those who like a tough challenge and those who want to feel powerful throughout, but the new system does just that. There are multiple layers to how the new system works but, instead of enemies leveling with players constantly within a given level range per star system, their progress will be attached to world progression. Be it player level, major plot points, or entering a new system, players will be able to level beyond their enemies to a degree. If certain conditions are met, previous game areas will level up in a way that will be reflected in the game’s lore. 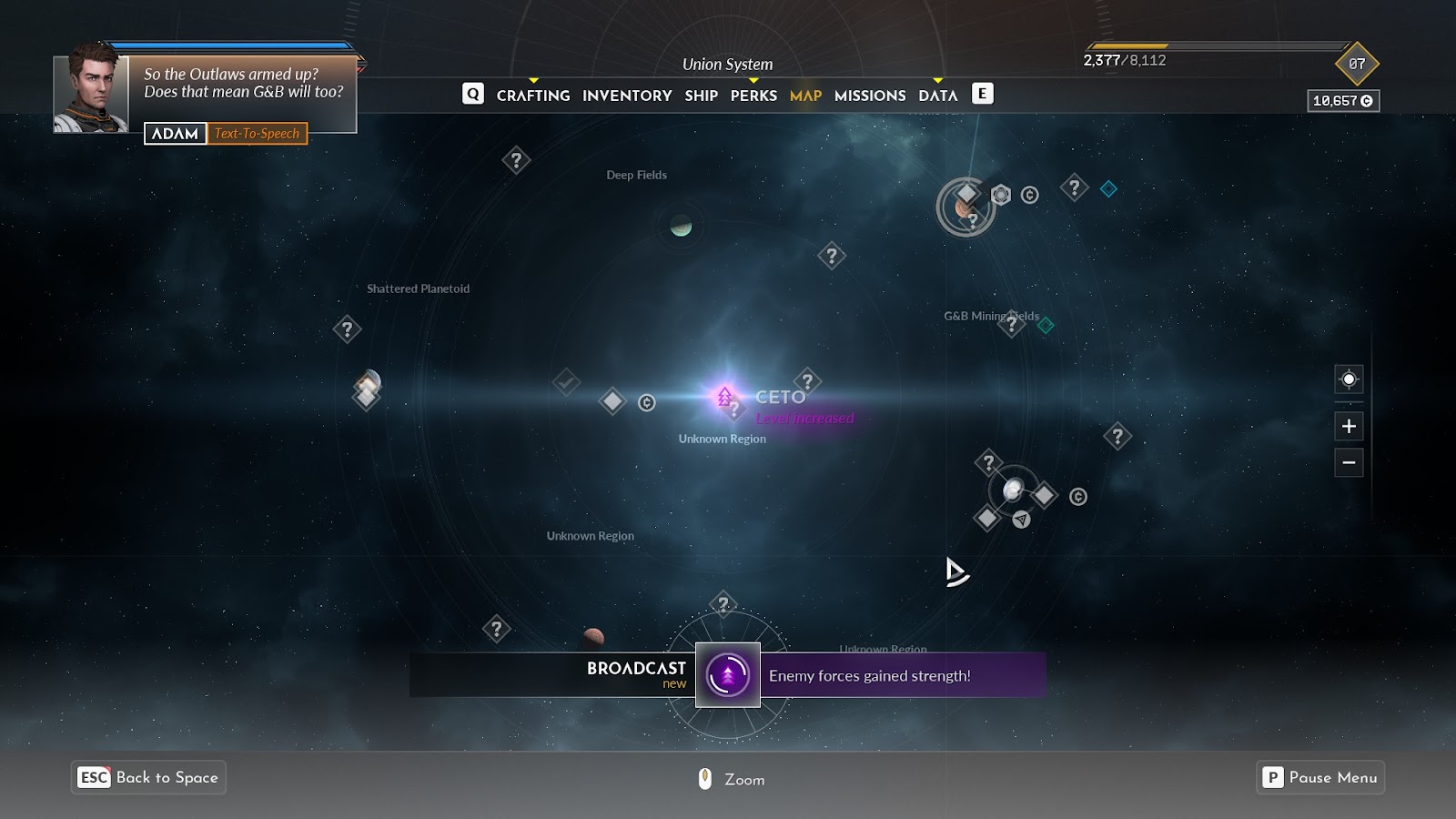 Read the Ancient Rifts Steam community post for a deeper dive into the update including a selection of legendary items to be found in the game as well as a full list of all added features, tweaks, and fixes.

EVERSPACE 2 is currently available in Early Access on Steam, GOG, and the Microsoft Store, and is planned to release on Xbox and PlayStation consoles when the full game is launched in early 2023. This is also when a fully optimized version for Steam Deck will be available.
Follow EVERSPACE 2 on Twitter, Facebook, and join the game’s Discord to stay in the loop on the latest developments and join the ROCKFISH Games team Fridays as they show off content from their latest EVERSPACE 2 dev build on the ROCKFISH Games Twitch and YouTube channel from 8 pm to 10 pm CET / 2:00 pm to 4:00 pm ET / 11:00 am to 1:00 pm PT. Viewers are encouraged to ask questions directly to the dev team.

About EVERSPACE™ 2
EVERSPACE 2 continues the story of Adam Roslin from the first part of the series. EVERSPACE 2 currently has four sprawling star systems that can be explored by space pilots. Players experience Adam's emotional journey and personal development from an immortal clone space pilot to an individual character whose death has final consequences in an open-world action RPG. EVERSPACE 2 offers in the current Early Access version more than 35 hours of gameplay and already contains all core mechanics of the targeted final version.

EVERSPACE 2 can be purchased on Steam here and on GOG here. The full version for PC, including Mac, native Linux, and optimized Steam Deck support as well as Xbox and PlayStation, will be released at a reasonably increased price in early 2023.

About ROCKFISH Games GmbH
ROCKFISH Games is an independent AA game studio specializing in high-quality Unreal Engine 4 action RPG video games for PC and consoles. Industry veterans Michael Schade and Christian Lohr founded ROCKFISH Games to create a new breed of adrenalin-filled adventures for space shooter fans through their acclaimed EVERSPACE IP. After spending 30 years as joint entrepreneurs in the 3D graphics and mobile gaming space, Schade and Lohr built ROCKFISH Games from the ground up alongside their former team of veteran talents to the current studio of 25 cherry-picked game developers and community experts from across the industry.
Using Kickstarter as a platform to build a new community in 2015, ROCKFISH Games reached a runaway success with EVERSPACE, which has sold over two million copies on PC and consoles. Building on this success and propelled by yet another wildly successful Kickstarter campaign in 2019, ROCKFISH Games is dedicated to crafting a compelling next-gen single-player open-world space shooter experience that is driven by quality storytelling while being highly accessible at the beginning and yet deep in its gameplay mechanics to appeal to casual as well as hardcore space action aficionados from around the globe with EVERSPACE 2.