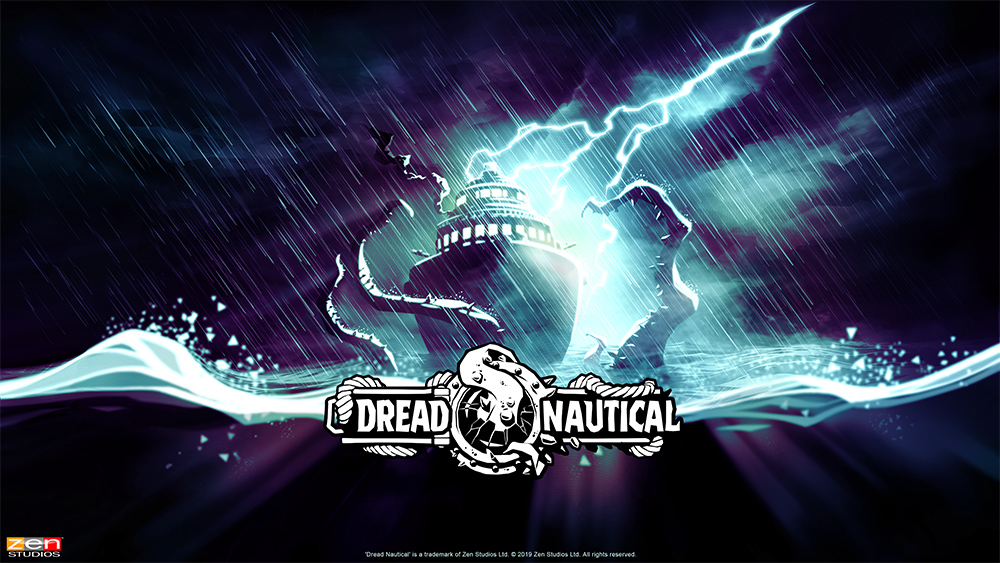 Memorable Characters, a Unique Art Style and Eerie Atmosphere Combine With Strategic Turn-Based Gameplay for a Truly Unique Spin on the Genre

San Francisco, CA – September 18, 2019 – Zen Studios continues its biggest year in company history with the announcement of Dread Nautical, exclusively available through Apple Arcade when the service launches in fall 2019. A tactical turn-based RPG with roguelike elements, Dread Nautical combines immersive strategic gameplay with a cartoonish—yet captivatingly eerie—tone, making for one of the most unique videogame releases of the year.

Supernatural forces have overwhelmed a cruise liner known as the Hope with mysterious malevolent monstrosities set to wipe out anything in their path. After players have chosen to play as one of four unique characters, they’ll use intuitive touchscreen controls to traverse the 20 randomly generated decks of the ship, seeking food and other supplies. Along the way, they’ll encounter 13 other colorful survivors, who may join the fight themselves based on the player's interaction. Properly planning which companions to bring, how they attack, and what to upgrade are the keys to escaping this “vacation” alive.

“Earlier this year, Operencia: The Stolen Sun spoke to Zen Studios’ commitment to creating top-tier indie titles with the polish of triple-A releases, just as the Pinball FX series has for over a decade—and this momentum is only growing with Dread Nautical,” says Mel Kirk, Vice President of Publishing. “At the same time, we’re incredibly excited to be one of the first games released for Apple Arcade. Apple has truly honored us with this opportunity, and we take it as a great compliment to the game’s quality that it is among the first wave of new titles for the service.”

Dread Nautical is playable across all Apple Arcade compatible devices including iPhone, iPad, Mac and Apple TV, including offline play.

Zen Studios is a leading global producer and publisher of interactive entertainment software for all major digital game platforms. Recognized as one of the premier independent gaming studios in the world, Zen Studios has defined video game pinball excellence since 2007 with its Pinball FX franchise, and has gone on to publish acclaimed titles such as Operencia: The Stolen Sun (Metacritic 83), CastleStorm (Editor’s Choice awards from both the Apple App Store and Google Play) and more. Zen has worked with some of the most iconic entertainment studios, including Lucasfilm, Marvel, NBC Universal, FOX Digital Entertainment and South Park Studios, as well as revered gaming properties like Valve’s Portal, Telltale Games’ The Walking Dead, and Bethesda Studios’ Fallout, Skyrim and DOOM.