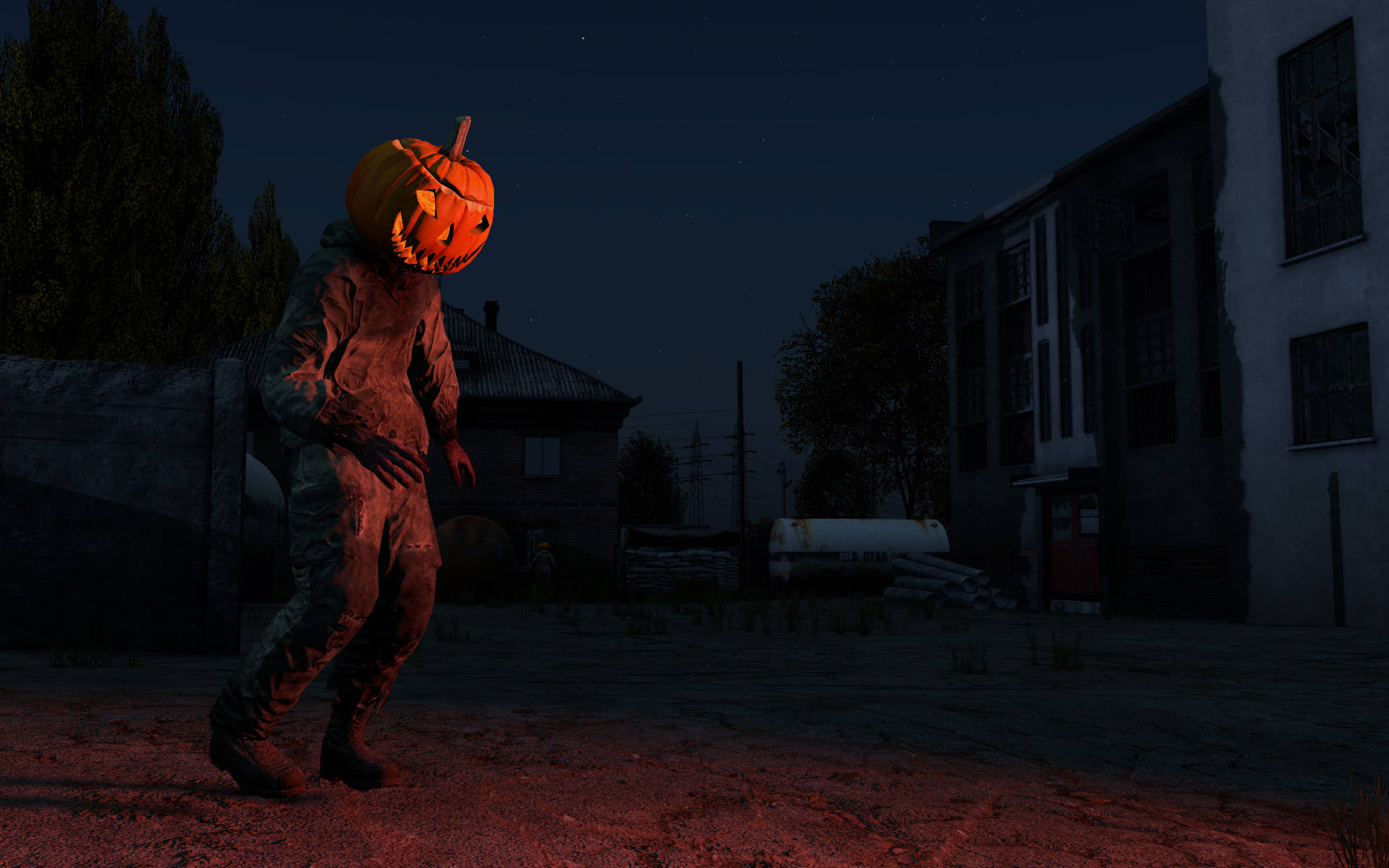 PRAGUE, Czech Republic – October 27, 2020 – Bohemia Interactive will open unique servers this Halloween for survivors to experience a very spooky weekend playing with friends. In addition, the game will be available at discounted rates on all platforms; DayZ at 40% off and Livonia DLC at 20% off. Read more at https://dayz.com/buy.

Bohemia Interactive is also hosting a freaky DayZ Halloween Event starting October 28 which wraps up on Monday, November 02. All survivors playing DayZ during this time will have access to servers that will offer unique Halloween experience, including:

Stay safe out there, Survivors! We'll see you in Chernarus and Livonia

The post-soviet country of Chernarus is struck by an unknown virus, turning the majority population into frenzied infected. Fighting over resources has bred a hostile mentality among survivors, driving what’s left of humanity to collapse. You are one of the few immune to the virus - how far will you go to survive?

DayZ is an unforgiving, authentic, open world sandbox online game where each one of 60 players on a server follows a single goal – to survive as long as they can, by all means necessary. Every decision matters – with no save games, and no extra lives, every mistake can be lethal. If you die, you lose everything and start over.

Our story began with our first game, Arma: Cold War Assault, released back in 2001. Developed by just a handful of people, this PC-exclusive title became a massive success. It sold well over a million copies, received numerous industry awards, and was praised by critics and players alike. Since then, we've grown from a ragtag bunch of garage devs to an international family of over 400 professionals – working on major games like Arma 3, DayZ, Ylands, Vigor, and various other projects. Our ambition: to make games that act as platforms for people to explore, create, and connect. More information is available at www.bohemia.net.