New DLC for Conan Exiles 'Architects of Argos' is Now Out 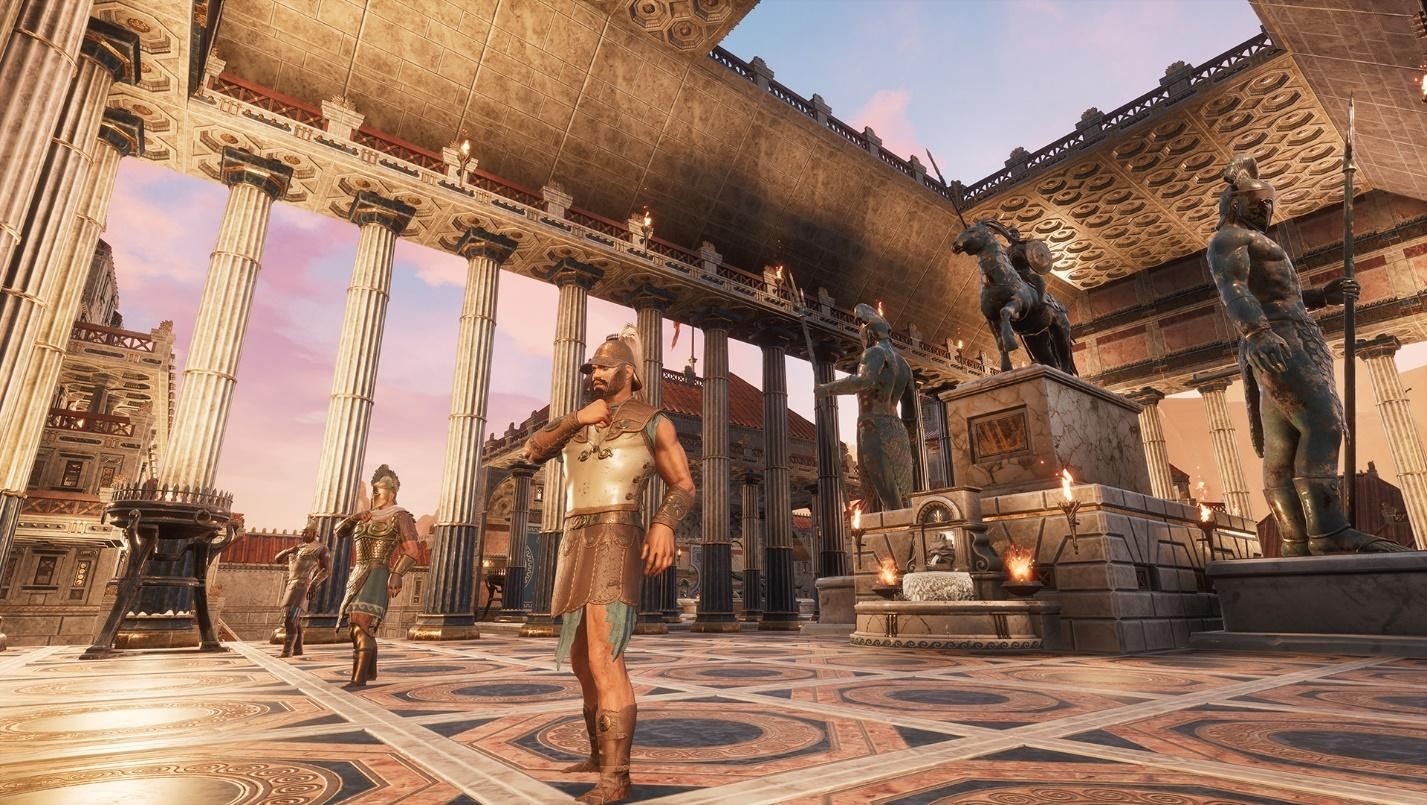 Released Today: Inspired by some of the most awe-inspiring buildings in history, Architects of Argos provides players with iconic new building pieces, weapons, and armor.

The newest Conan Exiles DLC provides players with a wide variety of Mediterranean style armor and building pieces, allowing players to unleash carnage in an elegant environment. See the new gameplay trailer below.

OSLO, Norway – May 7th, 2020 – Funcom are pleased to announce the release of the Architects of Argos DLC for Conan Exiles. The new DLC contains a total of 94 new building pieces, placeables and gear, all inspired by the ancient seafaring nation Argos.

Conan Exiles takes place in the Hyborian Age, between the sinking of Atlantis and the rise of the known ancient civilizations, and Argos bears a striking resemblance to present-day Mediterranean. This is reflected in the items made available in the new DLC, all of which are inspired by some of history’s most glorious cultural treasures. 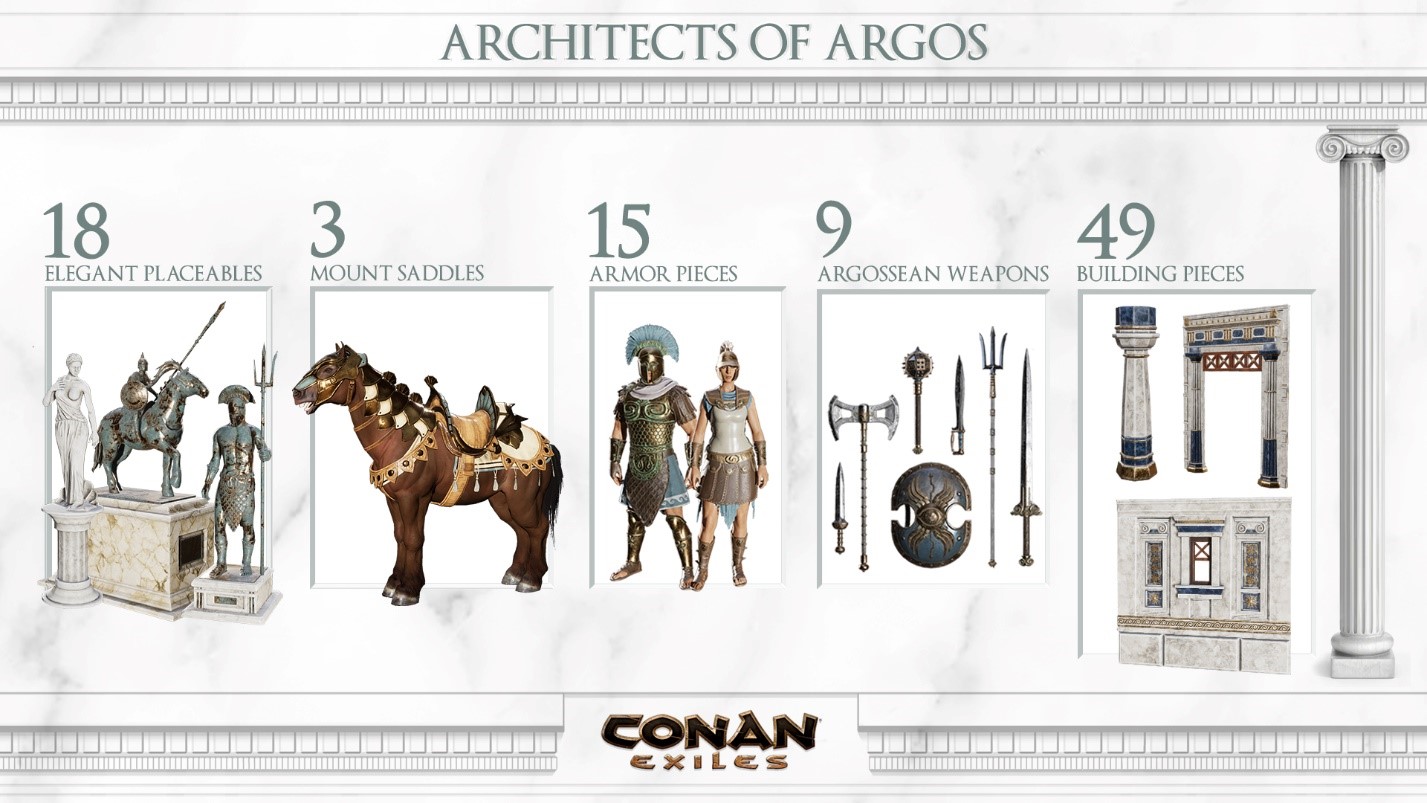 Architects of Argos provides 49 new building pieces and 18 placeables, as well as new weapons and armor. This means that there are now more than 500 different building pieces available in Conan Exiles, in addition to hundreds of pieces of furniture and decorative items.

For more information check out the official blog and the Steam store page.

Conan Exiles is an open world survival game set in the savage lands of Conan the Barbarian. After a successful Early Access run starting in January 2017, the game launched in full on PC, Xbox One, and PlayStation 4 on May 8th, 2018 and became one of Funcom’s best-selling and fastest-selling games to date. For more information about Conan Exiles, visit www.conanexiles.com.

ABOUT FUNCOM - Funcom is an independent developer and publisher of online games for PC and consoles. Funcom has provided outstanding entertainment since 1993 and continues to expand its track-record of more than twenty released games. Titles include ‘Conan Exiles‘, ‘Secret World Legends, ‘Age of Conan: Hyborian Adventures’, ‘The Longest Journey', 'Anarchy Online', 'The Park', and 'Dreamfall: The Longest Journey'. For corporate information please visit www.funcom.com. For information about Funcom games visit www.conanexiles.com, www.secretworldlegends.com, www.anarchy-online.com, www.dreamfall.com, www.theparkgame.com, www.conanexiles.com, or www.ageofconan.com. Funcom is listed on the Oslo Stock Exchange under the ticker FUNCOM.

ABOUT CABINET - The Cabinet group consists of Cabinet Entertainment, a tv/film financing and production company, as well as Cabinet Licensing, a consumer products division which manages and develops global entertainment franchises in all forms of media, including motion picture, television, and the gaming, publishing and toy/collectibles industries. Our portfolio consists of well-known brands such as Conan the Barbarian, Kull of Atlantis, Solomon Kane, Mutant Chronicles, Mutant: Year Zero, and Kult.