Conan Exiles Is Free to Play This Weekend 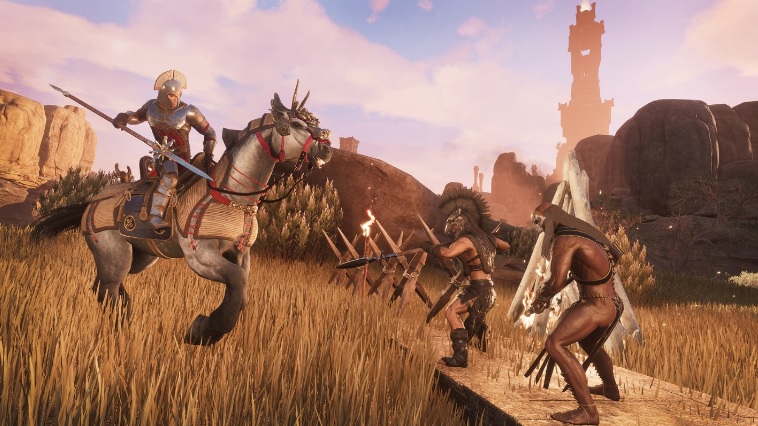 OSLO, Norway – Dec 12th, 2019 – Last week saw mounts and mounted combat making their long-awaited appearance in Conan Exiles, but the list of additions and improvements that now grace The Exiled Lands goes way beyond that of transit and warfare. Since Conan Exiles was launched into early access in 2017, a host of free updates have been released. New dungeons, fiercer mobs and legendary items have been introduced, as well as siege weapons, pet and thrall leveling, and a revamped combat system.

Now Funcom invites gamers to check out all of this for free during this week’s Steam Free Weekend.

Conan Exiles’ Steam Free Weekend starts today, at 7 PM CET / 1 PM EST / 10 AM PST, and ends on Monday. During this time the game will also be available for permanent acquisition at a heavily discounted price (up to 60 % off).

Conan Exiles is an open world survival game set in the savage lands of Conan the Barbarian. After a successful Early Access run starting in January 2017, the game launched in full on PC, Xbox One, and PlayStation 4 on May 8th, 2018 and became one of Funcom’s best-selling and fastest-selling games to date. For more information check out the official Steam page or conanexiles.com.