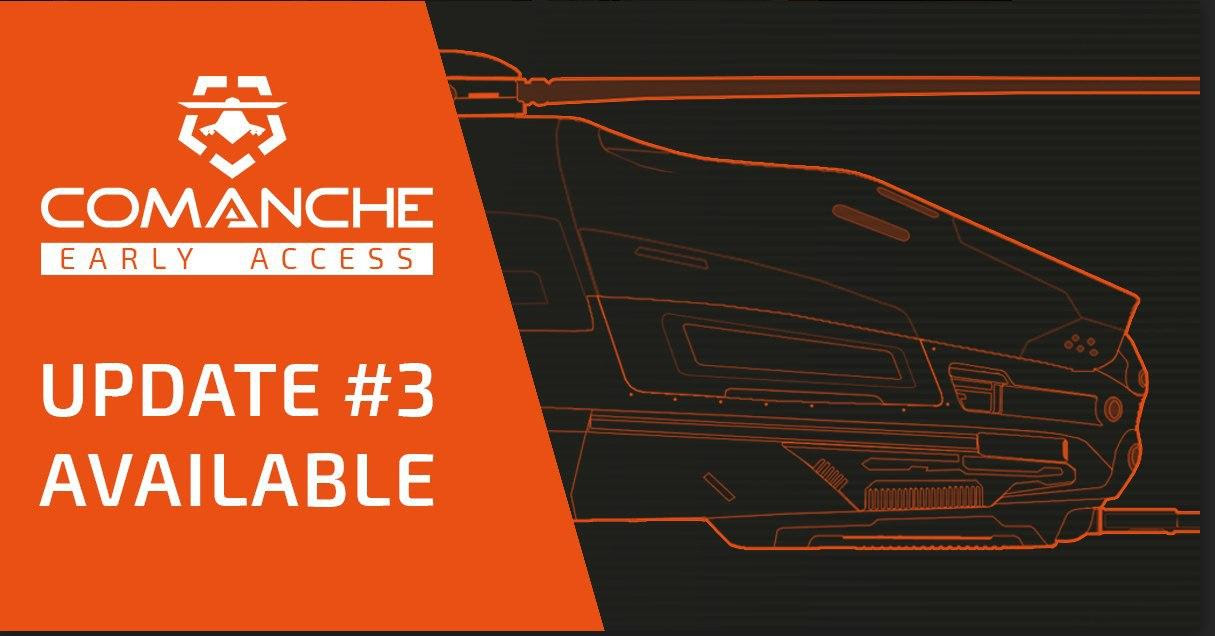 Hannover, Germany / Vienna, Austria, August, 06th 2020: “We are doing the Early Access to learn, what the players want” explains Fabian Baumgarten, Producer at development studio NUKKLEAR, “and it became quite clear, that we wanted to totally overhaul our controls, add more single-player content and quality of life features.”

Therefore, Update 3 will add the new single-player mission “Bank Job” to the campaign, where the player leads an assault of ground forces with his Comanche attack helicopter. Together with a whole IJTF Strike Force, the Comanche will witness a full offensive against the Kude Core's last stronghold in the middle of the desert.

Check out the teaser video: https://youtu.be/5qCQ9nCtFVg

Next to loads of new content like the continuation of the single-player campaign, developer NUKKLEAR took the time to take a deep look into the helicopter controls. Players can now choose between “Arcade” and “Simulation” controls, which play drastically different from another and will satisfy casual and experienced players alike.

Speaking of controls: For this update, NUKKLEAR and Thrustmaster teamed up to support the most important Thrustmaster HOTAS devices natively.

Additionally, the frequently requested 3rd-person mode has been added to the game.

You can find all changes in the patch notes:

Check out the updated roadmap: 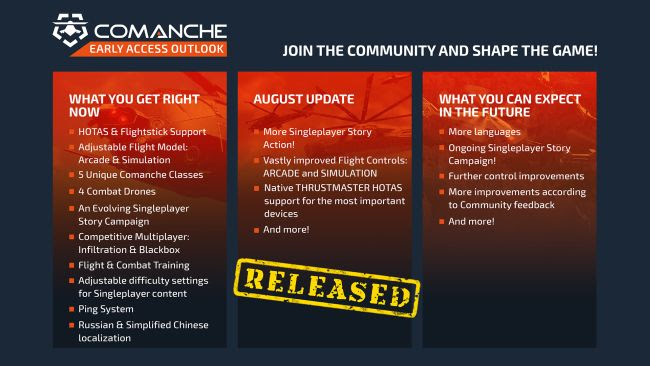