Chivalry 2 is Out Now!

Posted June 08, 2021
June 8, 2021 – Developer Torn Banner Studios, publisher Tripwire Presents, and global retail publishing partner Deep Silver welcome players to the launch of Chivalry 2. Chivalry 2 is out now with Cross-Play enabled across all major gaming platforms, including PC (via Epic Games Store), the PlayStation®4 and PlayStation®5 computer entertainment systems, the Xbox One family of devices, and the Xbox Series X|S console systems.
Chivalry 2 is a multiplayer first-person slasher inspired by epic medieval movie battles. Players are thrust into the action of every iconic moment of the era from clashing swords and storms of flaming arrows to sprawling castle sieges, and more. Dominate massive battlefields while catapults tear the earth apart as players lay siege to castles, set fire to villages, and slaughter filthy peasants in the return of Team Objective maps.
Visit the official website to order Chivalry 2 standard edition (MSRP $39.99, €39.99, £34.99) and special edition (MRSP $49.99, €49.99, £44.99), both available on all platforms. Chivalry 2 also supports free upgrades from current-gen versions when you upgrade to a PlayStation 5 or Xbox Series X|S system. 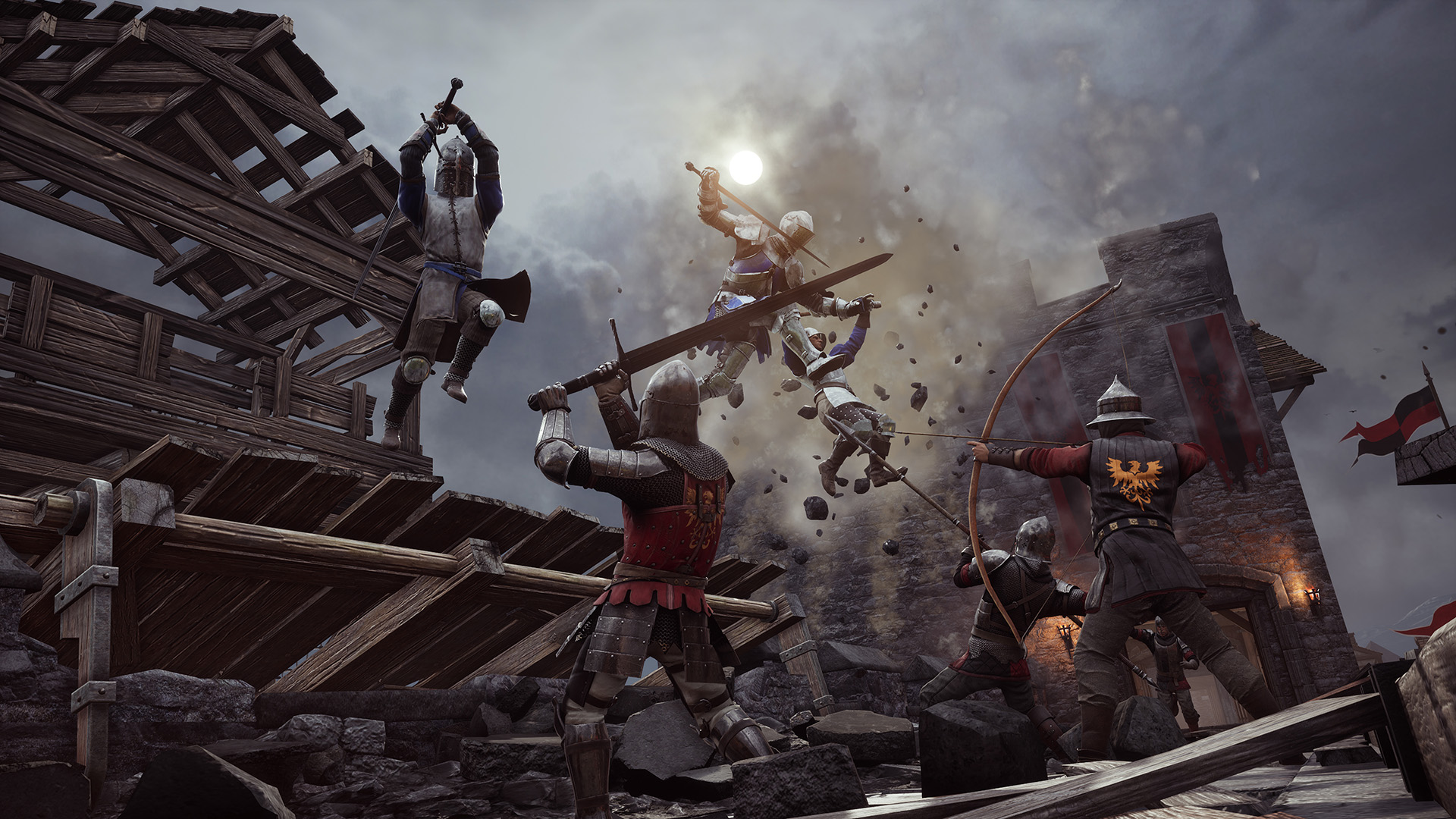 ● Escape from Falmire (New Team Objective Map): Agatha launches a surprise assault on a Mason prison in an attempt to rescue a war hero. Breach the city gates and release the prisoners before a final castle siege and daring rescue mission to free the Agathian Champion.
● The Fighting Pit (New Team Deathmatch/Free-for-All Map): Unproven warriors from both factions fight to the death in this trap-filled local arena made to entertain the local drunks.
● Cross-Play: Cross-Play smashes the boundaries between PC and console, allowing players on all platforms to face-off on the battlefield together.
● More modes: In addition to 5 massive Team Objective maps players can also sharpen their skills in 3 Team Deathmatch / Free-For-All maps. Play anything Offline to practice too!
● Massive scale: 64 players in sprawling, multi-stage Team Objective maps, complete with epic castle sieges, forest ambushes and good old medieval pillaging.
● Subclass system: Your arsenal expands with the new subclass system that provides more variety than ever before. Four base classes expand to 12 subclasses, including the Skirmisher, a melee/ranged hybrid – to the Poleman, a fighter who keeps foes at bay with long-distance melee.
● Win with any weapon: Own the field with a variety of heavy siege engines including Ballistae, Catapults, Trebuchet, Battering Rams, Mantlets, Spike Traps, Ladders and more. Utilize traps to defend, including spikes, bear traps, and more. You can even deal damage with a smorgasbord of “found items” on the battlefield. Try downing a cup of mead and deal a killing blow with the empty chalice or finish off a foe by smashing him in the face with a flaming chicken!
For further info, sign up for the Chivalry 2 newsletter on the official website, join the official Chivalry 2 Discord server, and follow the developers on Twitter, Facebook, and YouTube. 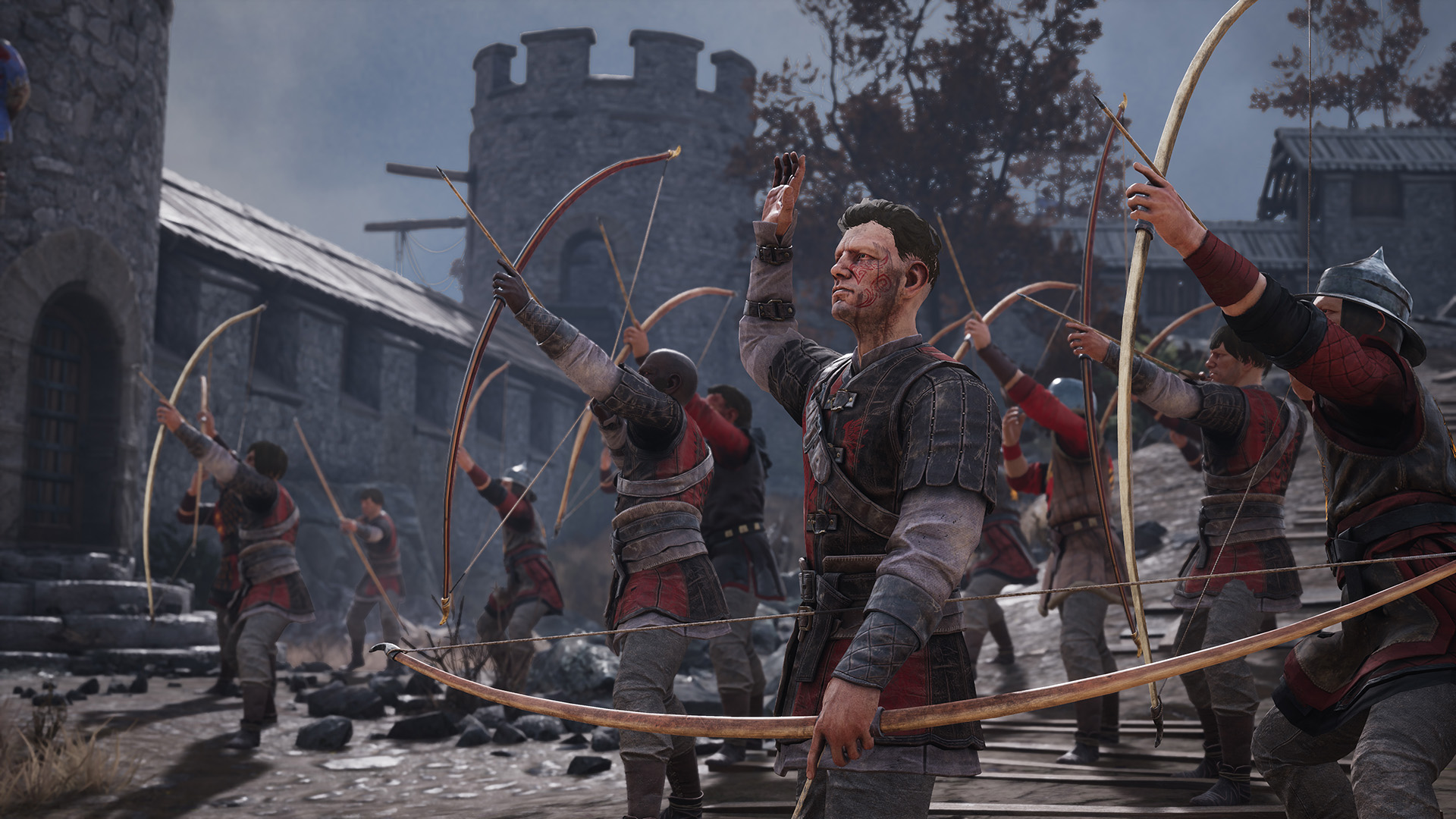