Alaloth - Champion of the Four Kingdoms

Souls-like RPG Alaloth coming in 2020, prod by All In! Games 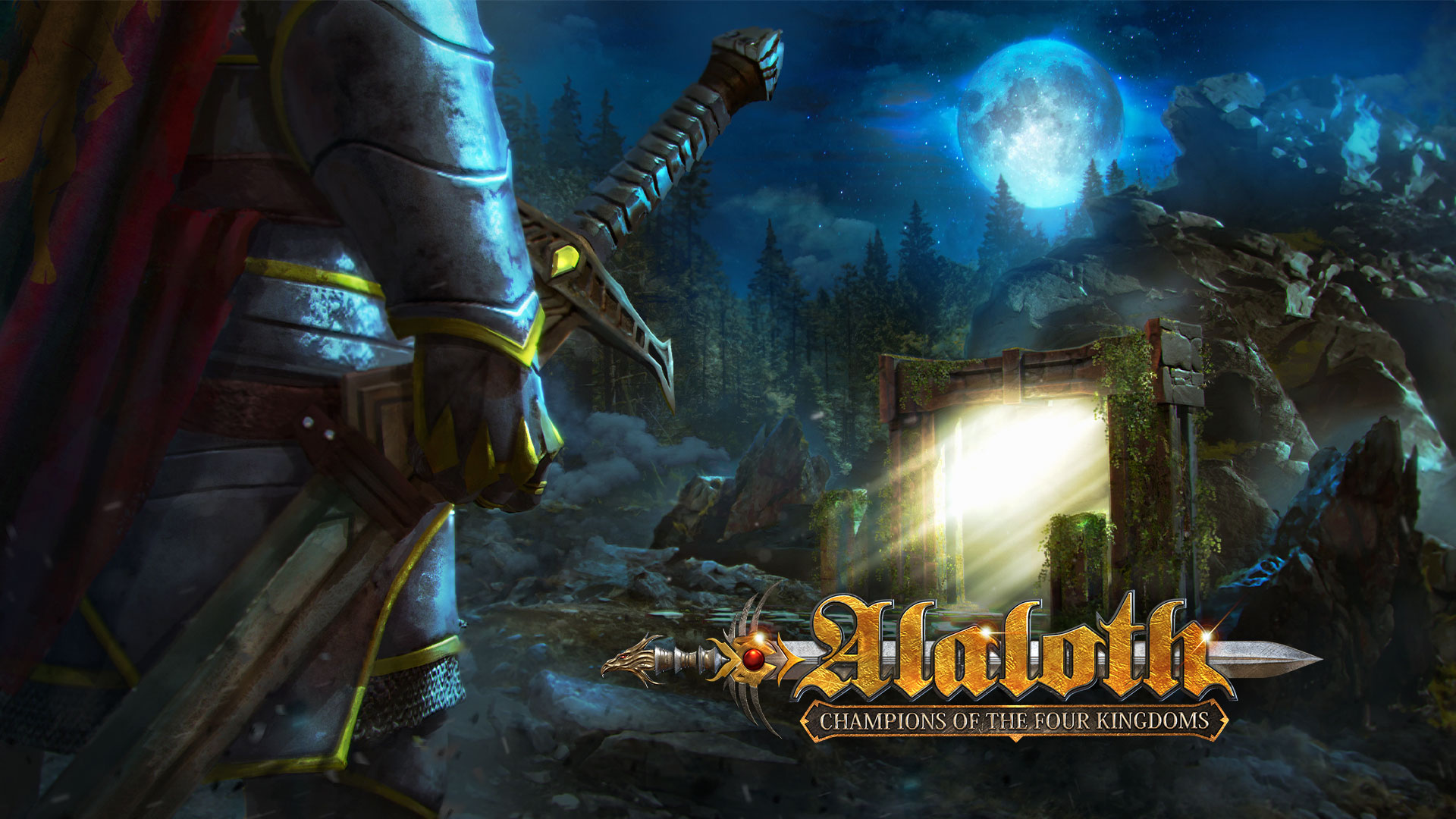 All in! Games partners with Gamera Interactive to produce and distribute Alaloth - Champions of The Four Kingdoms!

Krakow, Poland – December 2, 2019. All in! Games has announced a new partnership with Gamera Interactive, bringing another dimension of resources to the production and distribution of Alaloth - Champions of The Four Kingdoms, the studio’s upcoming project. Alaloth is planned to be released on PC and Xbox One.

Alaloth takes players to a vibrant fantasy world created with the support of the RPG legend Chris Avellone. The game lets players explore a fully realized ARPG landscape that is a mixture of old school classics and modern action games. The dark god Alaloth has descended to the mortal realm, lying imprisoned in the Valley of Storms and wreaking havoc. Destroy Alaloth within his prison to free the lands from demise. Do it as a hero… or as a dark lord.

Alaloth has been shown at several events already, to great acclaim, winning prizes including Best Game Overall (Infogamer 2018), Best Indie Game (SGC 2018) and Visual Excellence (Reboot Develop Blue 2019). In February, All in! Games will showcase Alaloth in their booth at PAX East 2020 in Boston, Massachusetts.

Gamera Interactive did a lot of research and, additionally, fantasy is something that is still appealing for a very large audience. The game is set between old school classic RPG and modern action games. All the animations used for the combat system are motion captured for a gorgeous effect. Moreover, every single environment is hand painted by the studio’s artists.

"Alaloth is Gamera Interactive's flagship project and partnering with such a great partner and respected publisher as All in! Games will be invaluable to its success. They loved the game right from the very first pitch at GamesCom,” said Alberto Belli, CEO of Gamera Interactive. “All in! Games really respects our vision and, along the way, they will be able to provide the resources we didn't have access to, turning Alaloth into a bigger and better game."

All in! Games is a publishing house and development team creating and supporting unique games for PC and consoles. Apart from Alaloth, there are dozens of titles in their portfolio, including Tools Up! (The Knights of Unity) and Ghostrunner (One More Level).

"We are thrilled to be working together with Gamera Interactive,” said Piotr Żygadło, COO of All in! Games. “We want to help Gamera Interactive reach the full potential of Alaloth, which has a strong foundation in the fact that the lore is incredibly rich and Chris Avellone has been involved in the project. We plan to make Alaloth an amazing game together."

Chris Avellone, who was a writer for such titles as Pillars of Eternity, Planescape Torment and Star Wars Jedi: Fallen Order, provided creative support for the game. He advised the developers and gave feedback on design content, assisting in the creation of the lore and the characters’ backstories within the world of Alaloth.

All in! Games and Gamera Interactive plan to release Alaloth in 2020 on PC and Xbox One, aiming to make a polished finished experience in respect to scale and content.

About Alaloth - Champions of The Four Kingdoms

Alaloth - Champions of The Four Kingdoms is a high-fantasy RPG set in a dark world inspired by the darkest period of The Middle Ages. It's a story about great warriors, war and epic fights. Players take on the roles of mighty heroes (or villains), undertaking quests, building reputations, and gaining ancient relics and secrets that will allow them to triumph. The challenge doesn’t end after the first playthrough – new game modes are activated after finishing the game for the first time, giving players even more options for exploring the kingdoms and customizing their characters. Alaloth brings the ARPG dynamics to a new level with a skill-based gameplay in a gritty, dark, mature environment filled with magic and blood!

About All in! Games

Founded in 2016 by industry veterans, Gamera Interactive is a cutting-edge award-winning indie studio focused on digital markets for both consoles and PC. The people behind Gamera Interactive are a crew of professionals, combining years of experience in publishing, development, sales and distribution and covering all the production pipeline with their expertise.