Posted June 30, 2021
WARSAW, Poland, June 30, 2021 - Exit Plan Games, lead by former CD PROJEKT RED developers Damien Monnier and Jose Teixeira, are happy to announce the release of a free update for its action-adventure 3D platformer, Bang-On Balls: Chronicles. The new update will challenge players with two new arcade adventures. Super Car Banger Turbo and Ultimate Bang-On Mega Bricks, which are the first in a series of new mini-challenges that will release on Steam during Early Access. 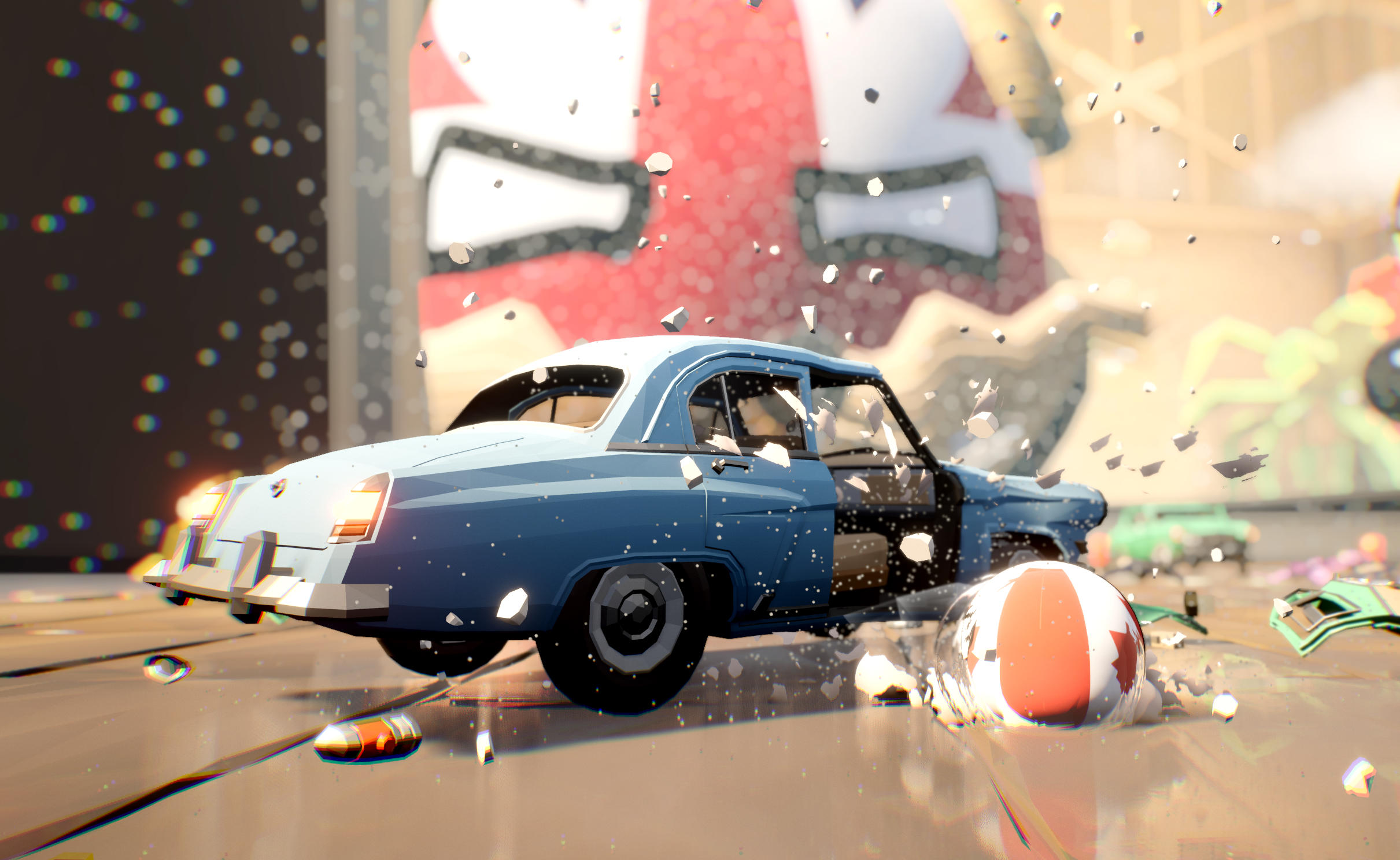 For gamers already playing Bang-On Balls: Chronicles who want to check out the new Arcade Challenges, they are waiting for you! Just head over to the arcade machines in the game’s film set (before you enter a map). The arcade machines are located at the back of the set next to your boss, bypass him, select a machine and jump straight into the Arcade Challenges!
Super Car Banger Turbo: A banging tribute to one of the most famous bonus stages in videogame history, mixed with our own flavor of ball-banging mayhem! How fast can you smash it? Turn your ball into a Ball Fighter for an epic car demolition contest!
Ultimate Bang-On Mega Bricks: Stuck inside a tetroid brick world, you must survive the 16 challenges in order to receive the ultimate reward. Bricks disappear from under you, and are thrown at you, bombs will try to push you off the arena. Do you have what it takes to survive each threat?

There's lots more Bang-On Balls: Chronicles still to come! Exit Plan Games has confirmed they are hard at work on the new Space Race Quest; an enormous brand new chronicle featuring the 1960’s space race between the USA and the Soviet Union that is set to release in October this year. More details coming soon!
In the next months, there will be new Arcade Challenges coming to Bang-On Balls: Chronicles, so make sure to join the conversation on Discord, Facebook, or Twitter, and Instagram.
To download the press assets, including logos, screenshots, and videos, please visit this link.