Posted February 23, 2021
Developed with the help of the Arma 3 community, all proceeds will go to the International Committee of the Red Cross (ICRC) to help thousands of people affected by warfare worldwide.

PRAGUE, Czech Republic – February 23, 2021 - Bohemia Interactive is pleased to announce the release of the Art of War charity DLC for Arma 3. The DLC is available on Steam and features a walk-in museum with art made by the community, as well as premium content for USD $1.99 to help raise funds for the International Committee of Red Cross (ICRC). Those who wish to donate more can choose a higher price (USD $4.99 or USD $9.99), with all of Bohemia’s proceeds (after tax) donated directly to the ICRC. 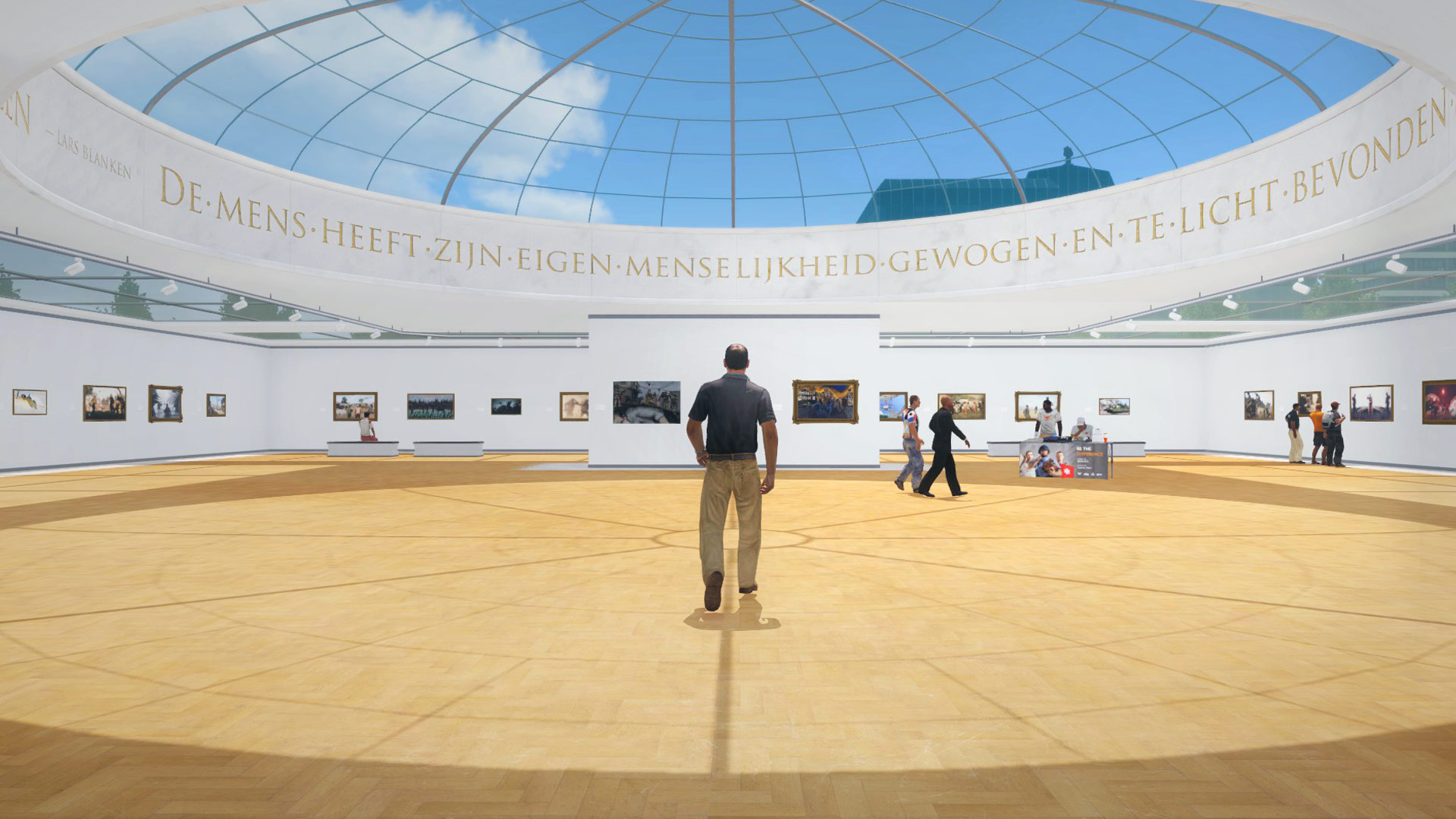 To support the release of the Art of War DLC, the Arma 3 base game and all of its other premium downloadable content are currently on sale on Steam, with discounts ranging between 50-75%. This time-limited offer will end on March 1.
The Art of War DLC features an in-game art exhibition of community artwork under the theme "International Humanitarian Law in future conflict" which was submitted as part of Arma 3 Art of War contest. With Art of War, both organizations hope to raise a sizable monetary contribution to the ICRC's humanitarian efforts as well as spread awareness about International Humanitarian Law. To help shine a light on the topic, the DLC’s premium package adds a special single-player combat scenario-focused around the topics of protecting cultural property in war zones and autonomous warfare. 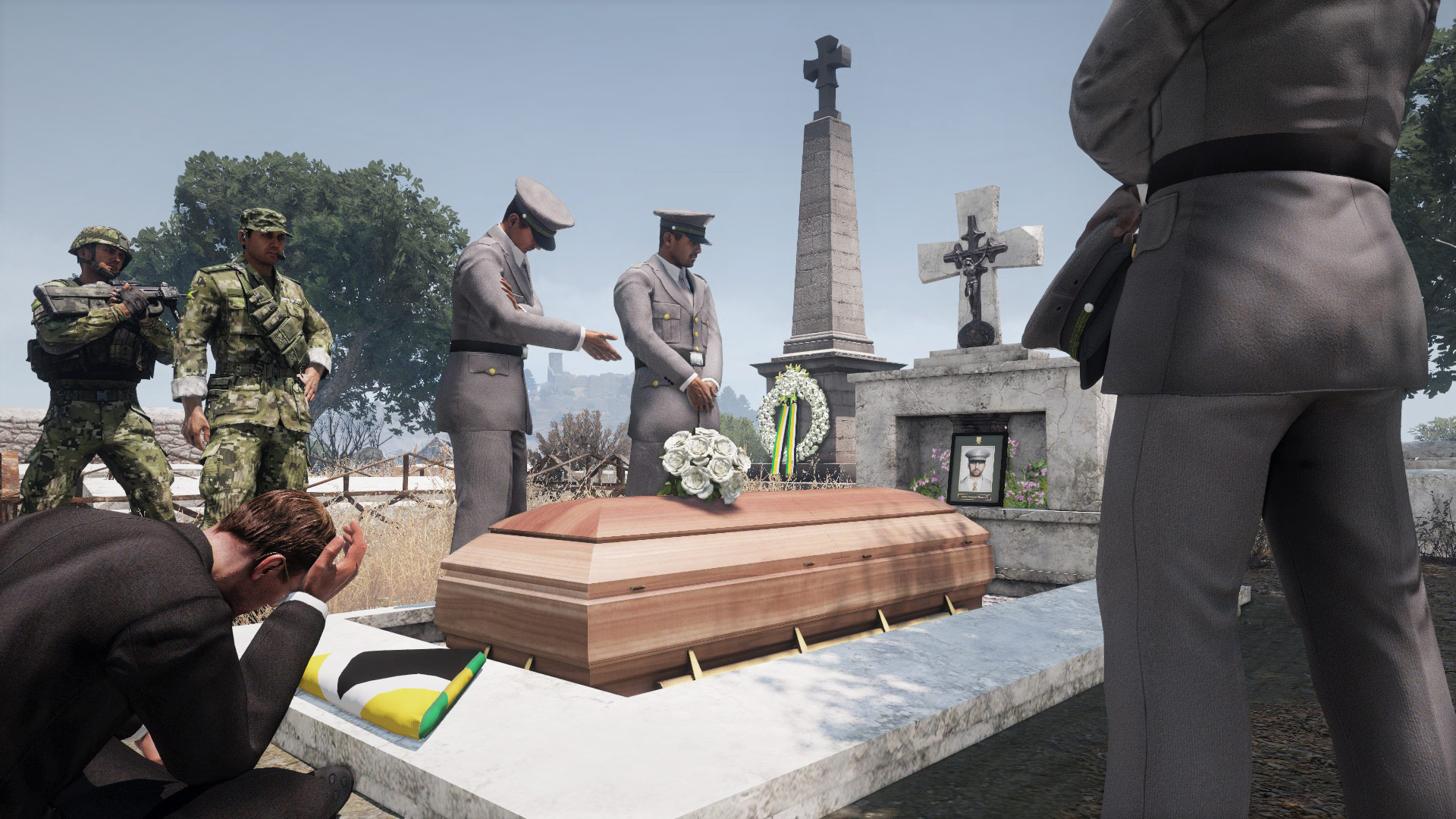 Additionally, the premium DLC features new game assets such as a formal suit, a parade uniform, a new backpack, and various t-shirts, alongside several props related to art galleries and memorials. These items provide unique opportunities for Arma 3 roleplaying and user-generated content. The DLC release is complemented by a set of extra Arma 3 Steam Achievements for players to unlock.
Arma 3 Art of War DLC - Key Features
The purchase of the Arma 3 Art of War Charity Pack adds the following premium content in addition to the DLC free content which is available to all Arma 3 players.
Premium
Free 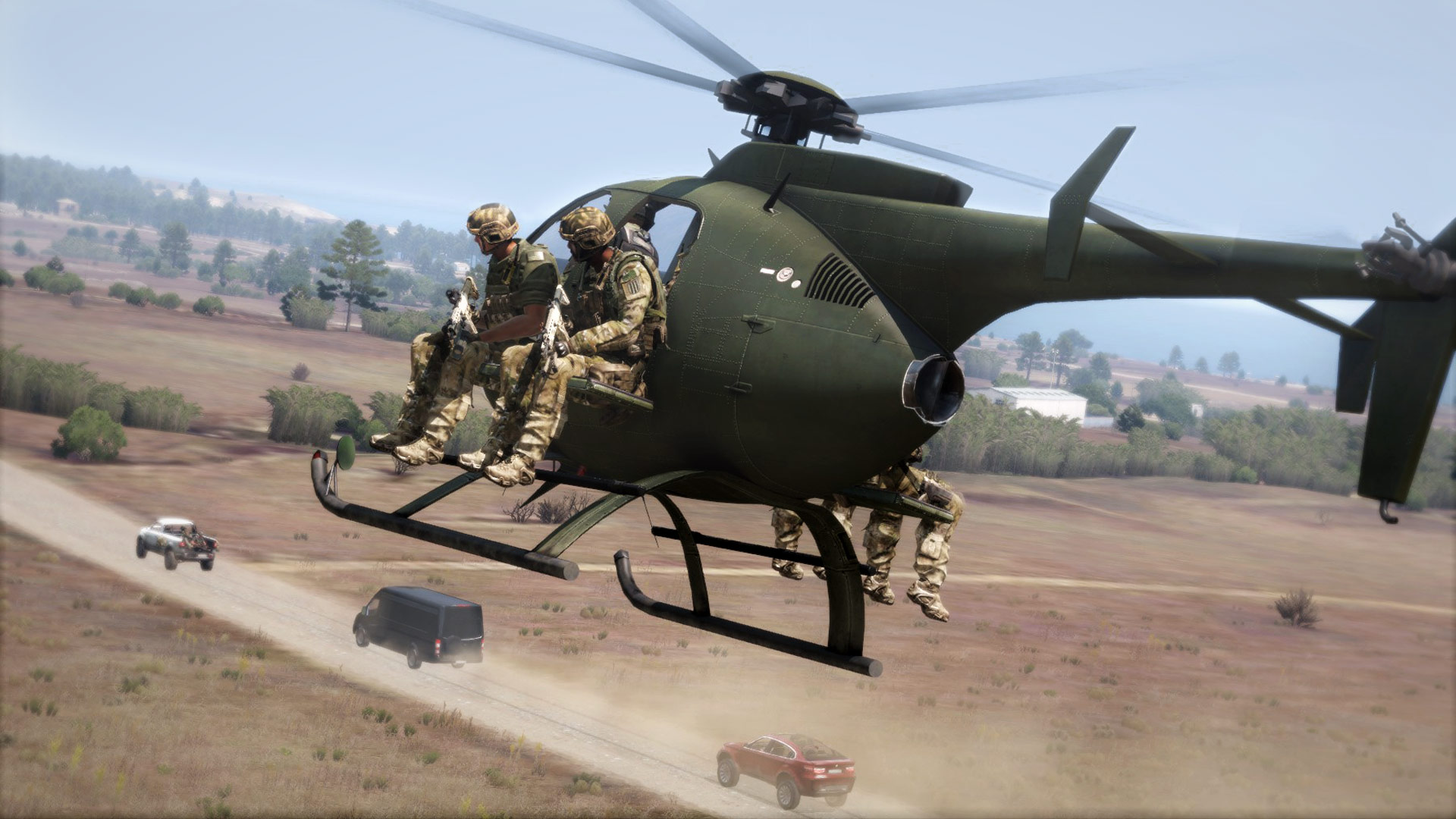 Bohemia Interactive and the ICRC have been collaborating on several projects such as the Arma Laws of War DLC and the Make Arma Not War modding contest. Sales of Arma 3 Laws of War also resulted in a donation of USD $176,667 by Bohemia Interactive to support the ICRC's aid work.
“We value the longstanding partnership with Bohemia Interactive and the support from the larger gaming community in helping raise funds for the ICRC and convey the importance of international humanitarian law. Such a contribution will help us in our humanitarian work to aid people around the world suffering from conflicts,” said Marek Resich from the Resource Mobilization division at the ICRC.
Released in 2013, Arma 3 remains highly popular to this day, with a 90% positive user rating on Steam (based on 130,000+ reviews), 80,000+ Steam Workshop items, 100,000+ registered community groups (units), and an average playtime per user of 150+ hours. Half
a million people still play the game every month. This year, Bohemia Interactive plans on publishing new Arma 3 projects made by third-party developers as part of its Creator DLC initiative.
The Art of War DLC will eventually become free to all owners of Arma 3 once the initial fundraising period wraps up towards the end of 2021.
For more information about Arma 3, please visit www.arma3.com. To keep track of all the latest news, be sure to follow Arma 3 on Facebook, Twitter, YouTube, and Steam. 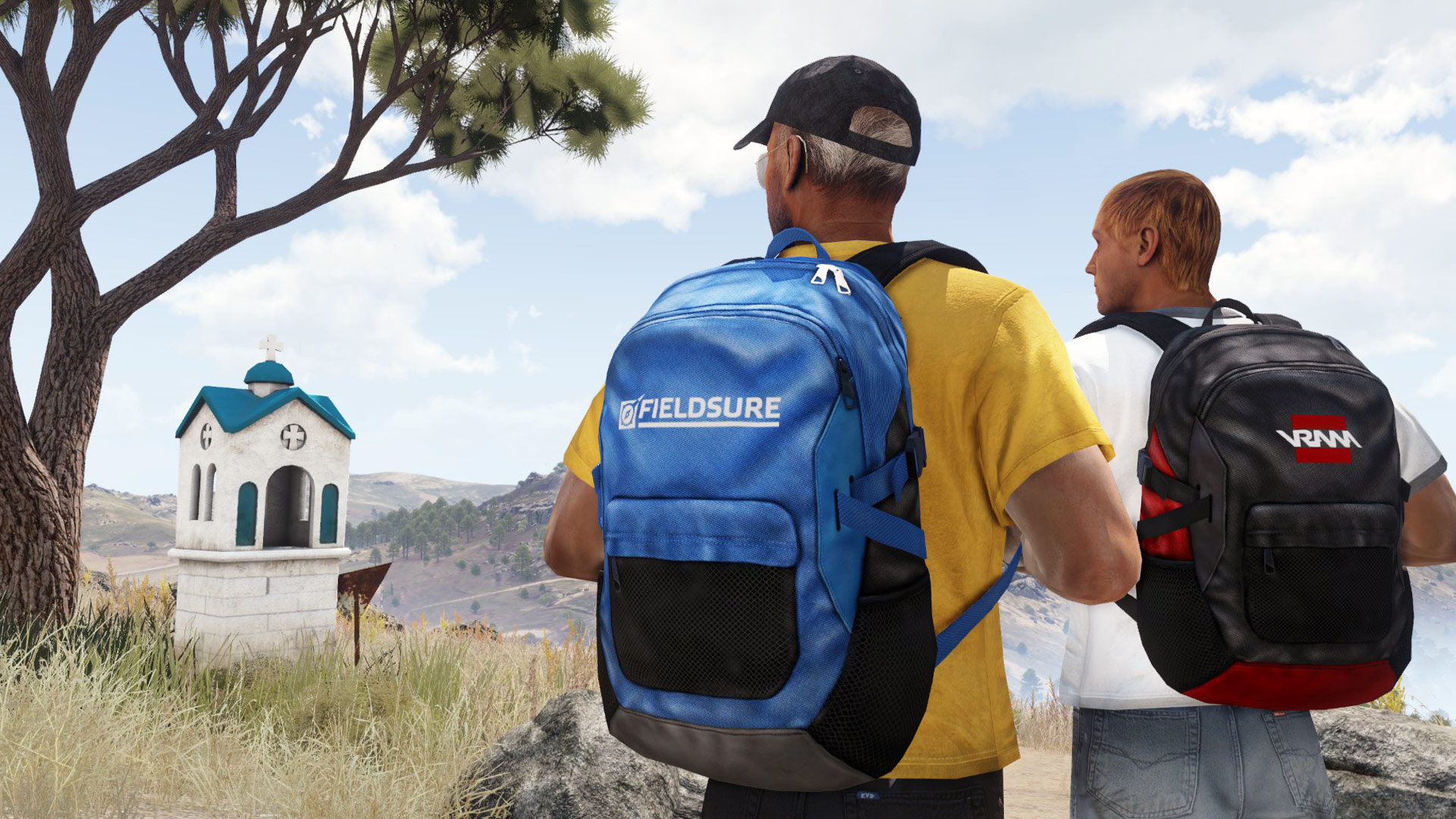 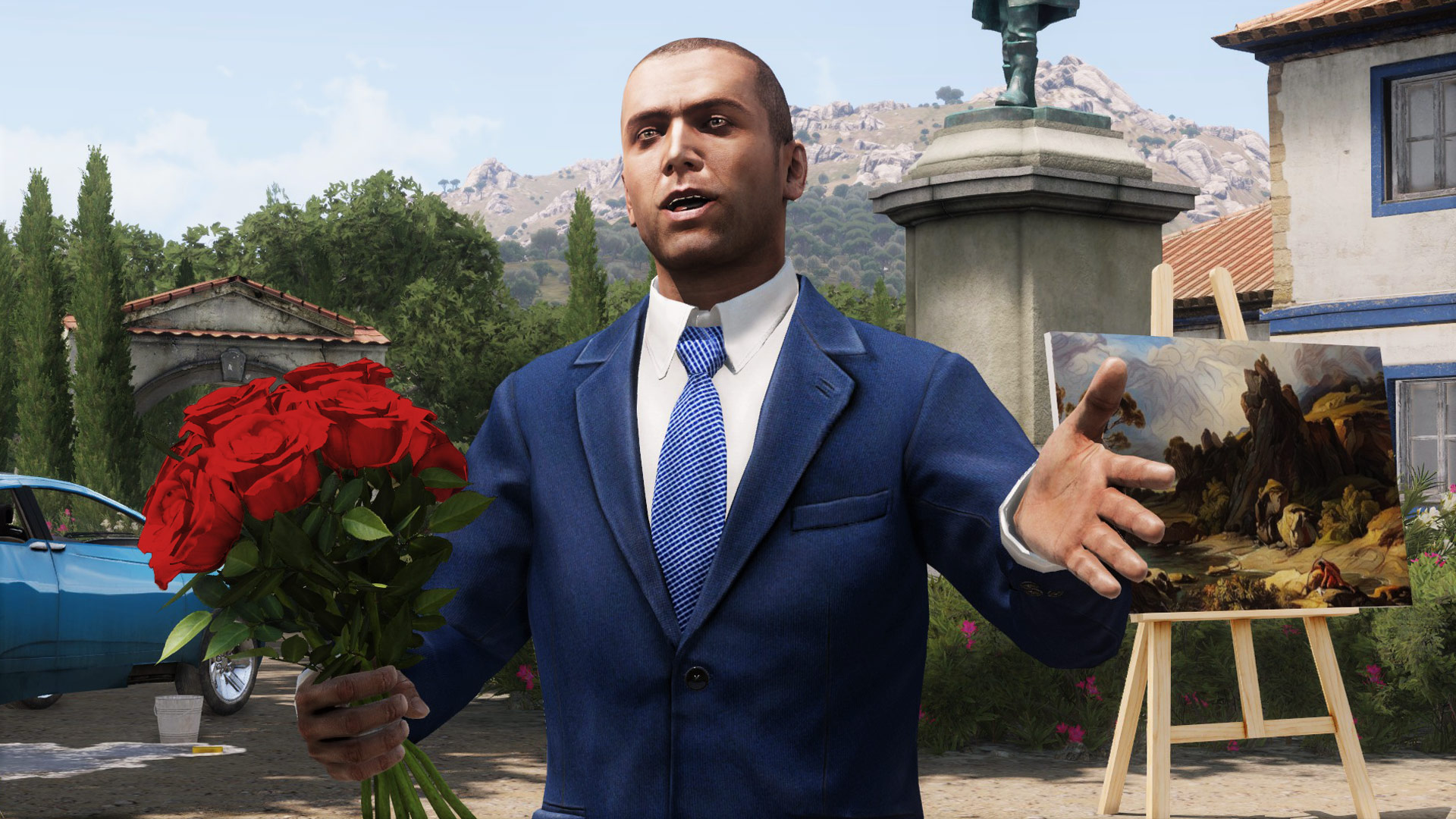