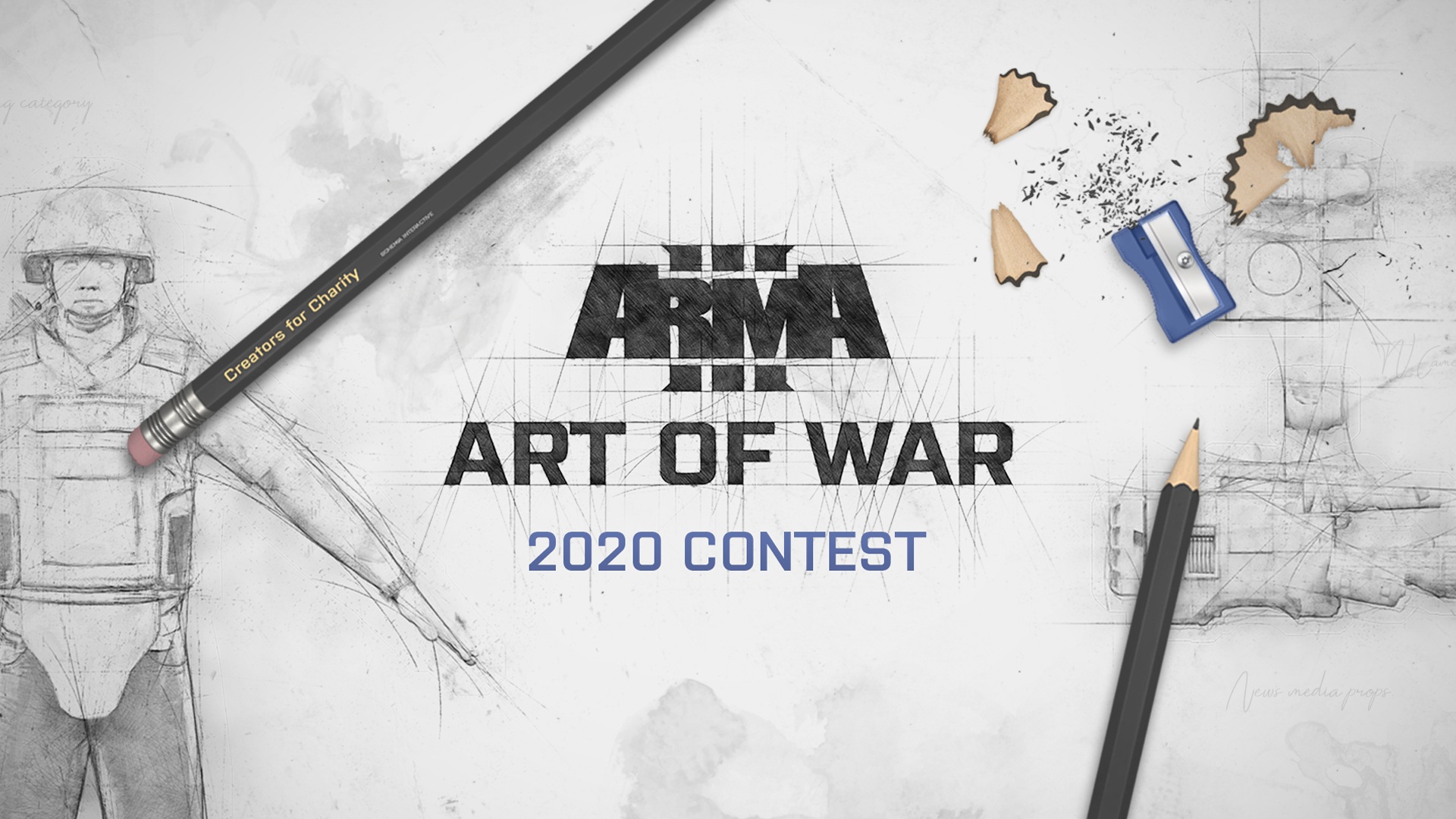 PRAGUE, Czech Republic – August 21, 2020- Bohemia Interactive and the Arma team is excited to announce the winners of the Ar of War contest! These winners will be included in the "Art of War" charity DLC for Arma 3, which will release later in 2020.

﻿The charity DLC will feature these in-house assets and those of the winning entries in a single-player scenario and showcases as part of an in-game virtual gallery designed by Bohemia Interactive. You can find all the winners and look over the incredible winning submissions on the contest winners announcement blog post.

Initially, the contest also included a 3D art category for submissions. Unfortunately, very limited entries were received for this category and the team didn't feel comfortable awarding a winner. Nevertheless, all participants in that category will receive a participation prize in recognition of their efforts. Also, Bohemia is adding some additional value to the Art of War charity DLC with assets created by in-house artists.

100% of Bohemia Interactive's proceeds from the Arma 3 Art of War DLC (after taxes) will be donated to the ICRC to support their response to the COVID19 pandemic, as well as their continued humanitarian efforts in providing protection and assistance for victims of armed conflict and other situations of violence. The expected price of the charity DLC is 2.99 USD / EUR / GBP, with two optional higher price tiers of 9.99 USD / EUR / GBP and 19.99 USD / EUR / GBP for those who wish to donate extra . After approximately 10 months of being on sale, the Art of War DLC will become permanently free for all Arma 3 players to enjoy, and Bohemia Interactive will announce the total donation raised.