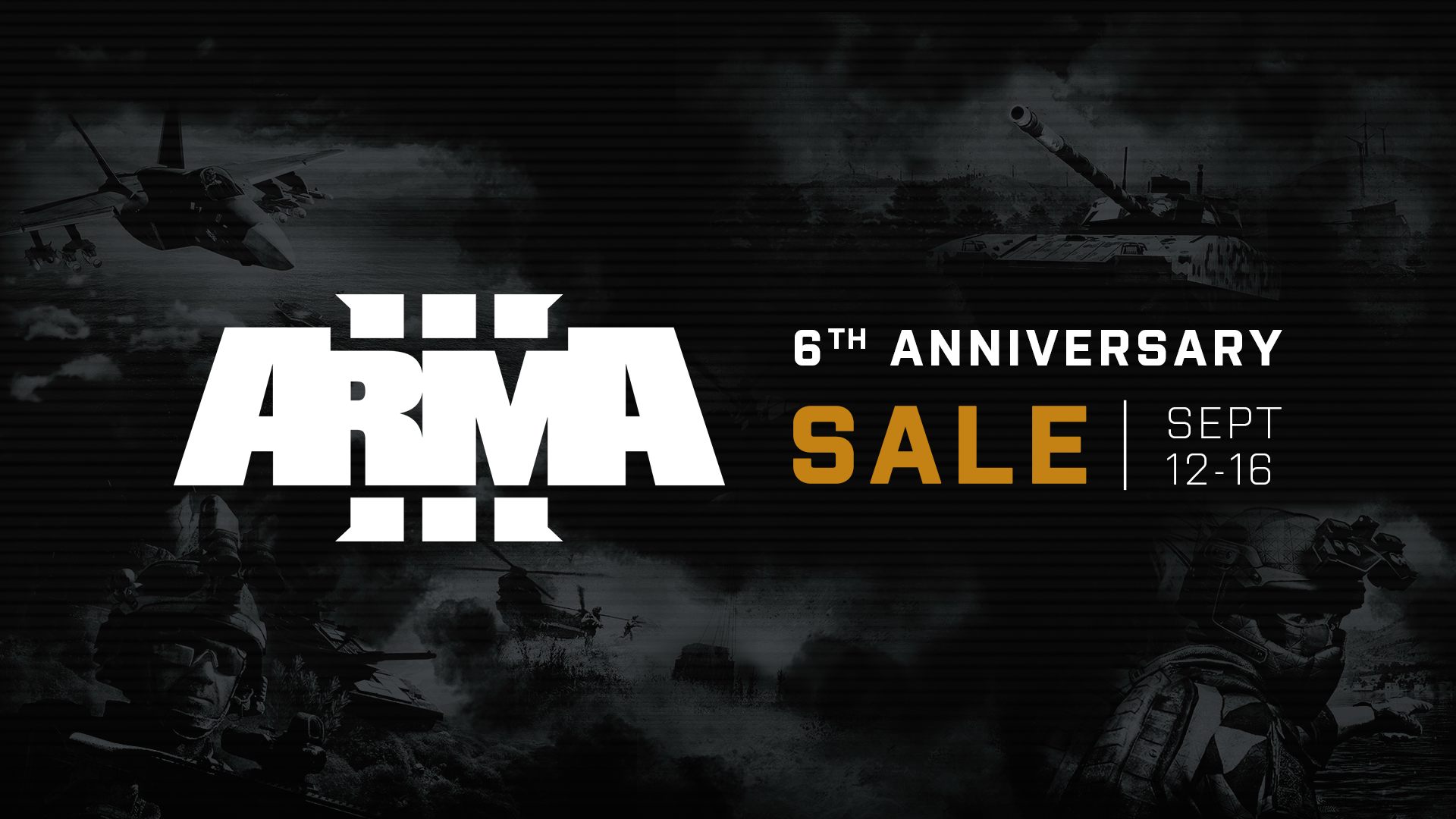 PRAGUE, Czech Republic - September 12, 2019 — Bohemia Interactive today celebrates the sixth-anniversary of its PC-exclusive military simulation sandbox game, Arma 3. Launching version 1.0 on September 12 six years ago, Arma 3 became not only the first game to release into Early Access on Steam, but was also the first to graduate from the program.

Since then, it has evolved massively, with free platform updates that introduced Arma 3 80+ new content, gameplay features, and other improvements to the game. Moreover, Bohemia Interactive has released 2 free and 10 premium downloadable content (DLC) packs, whereas Arma 3’s community content creators have shared more than 65,000 items on the Steam Workshop. As of today, the Arma 3 base game has sold over 5 million times, 89% of its Steam user reviews are positive, and the average playtime per user is approximately 150 hours. The game’s playerbase is still highly active with over 450,000 unique users launching the game during August this year.

Now that Bohemia Interactive is shifting its focus from Arma 3 to future projects and technology, the studio is still planning to publish new content for the game in the form of Creator DLC. This is a new label for additional premium content made by third-party developers. It enables external talent to earn a financial reward for their work, while players get to enjoy new quality content for even more years. The first Creator DLC project, Global Mobilization - Cold War Germany, released in April and has achieved over 50,000 sales so far. Bohemia Interactive has already signed agreements with other external development teams and plans to ship more Creator DLC in the upcoming year. More information on the Creator DLC initiative and how to apply is available on https://arma3.com/dlc/creator.

To further commemorate today’s anniversary milestone, Bohemia Interactive will host a special Anniversary Sale this entire weekend (September 12-16) on Steam and the Bohemia Store. With discounts ranging between 25% up to 66%, the sale includes the previously mentioned Global Mobilization Creator DLC, the Arma 3 base game itself, the Arma 3 Apex expansion, and all Arma 3 DLC packs except for the recently released Contact spin-off expansion. Players might also want to check out the freshly introduced Apex Edition, Contact Edition, or the complete-your-collection DLC Essentials and Ultimate Edition bundles, to enjoy double discounts.

Finally, to build upon the festivities, Bohemia Interactive today also posted a ‘musical birthday card’, comprising of a new remix of the Arma 3 “This Is War” theme song and a special birthday illustration by renowned community artist Greenfist titled Arma 3 “Celebrate Your Six”. The music file and wallpapers based on Greenfist’s art are available as free downloads at http://www.arma3.com/news/happy-birthday-arma3.