Alpaca Ball: Allstars Is Available Now on Switch and PC! 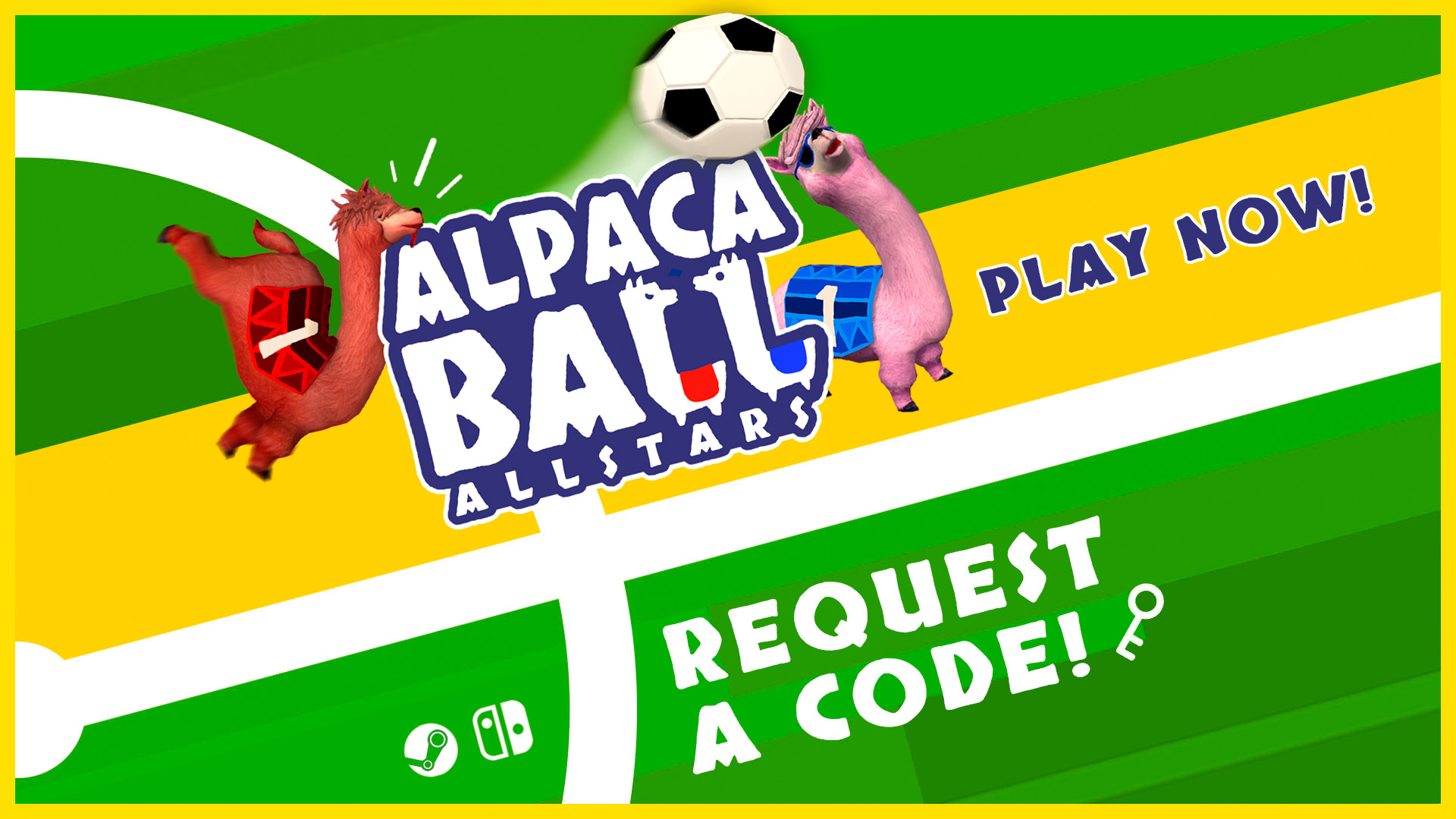 Madrid, October 15th, 2020. Alpaca your bags for you, because it's time for a world tour! Join developer, Salt Castle Studios as they launch their all-new title: Alpaca Ball: Allstars, now available on Nintendo Switch and Steam! You can look forward to more mammal madness on Playstation 4 and Xbox One during Q1 of 2021.

Alpaca Ball Allstars is a hilarious arcade soccer game that combines the best of wacky classics like NBA Jam with funny physics that make every single match totally unique.

Ram into your opponents and exploit crazy ball physics to unleash spectacular trick shots. Use the pitch, the walls, your friends, your enemies, everything is fair game. Along with normal competitive play, take on your friends in matches that feature up to eight players simultaneously.

Along with the expected competitive modes, in which up to eight players can participate simultaneously, you can also journey through an awesome adventure mode, where you and a friend play through a crazy storyline. Take your custom alpaca and travel halfway around the world participating in all kinds of Alpaca Ball games!

• The Alpacalypse Has Arrived: Customize your very own Alpaca and start your journey of football domination

• Make Alpaca Peace not War: Use the powerful neck of your alpaca to score the most amazing goals. Make the ball bounce with the limits of the field and hit your opponents.

• But Llamas Love Drama: Collect special powers, ram into your opponents and turn the game on its head!

• An Adventure? Alpaca My Bags: Embark on an epic campaign, alone or with a friend in cooperative, to save your home or dispute matches against the CPU and other players.

• Llama Bring My Friends Too: Settle your llama drama in matches featuring 8 players (4 vs 4) locally on the Nintendo Switch and in local and online modes on Steam, via “Steam Remote Play”.